Benson is a 2 square mile neighborhood in the heart of Omaha whose rich history has led to a great atmosphere and bustling city center. This busy hub at 60th and Maple attracts hungry visitors from all over the city who are looking for great food, beautiful artwork, and endless entertainment.

Benson is home to 12 art shops and galleries, 3 event centers, 20+ restaurants and bars, and the only place in Omaha where you can buy fresh donuts, cinnamon rolls, and cookies at 1 am. Many people know it as the host of Benson Days or First Friday, but below you can discover 10 more local secrets you may not know about this popular neighborhood that has an old-world charm.

What You'll Find in Benson:

In 1887, Benson was platted and named after the failed 20th-century mayoral candidate, investor, and philanthropist Erastus Benson. The neighborhood grew slowly at first, with only about 12 houses by 1890, but the next three decades brought enough saloons, blacksmiths, libraries, and schools to be annexed by the city of Omaha in 1917.

Benson was listed on the National Register of Historic Places in 2020 and houses 41 contributing historic buildings–many of which currently hosts some of Omaha’s best restaurants. It has been a foundational area for the growth of Omaha’s culture and creativity and is well known as one of the best districts in the city. Below are some Benson fun facts that even native Omahans may not know!

You Can Take Belly Dancing Classes at the Community Center

The Benson Community Center has a variety of unique classes for all ages. In addition to Tracy’s Belly Dancing class, there is a fencing club, tap dancing class, and traditional Japanese martial arts program. Many of these classes host community exhibitions after the summer programs are over, and you can even have Azale of Omaha Belly Dance perform at your birthday party, wedding, or restaurant!

You can play pool for free every Sunday at Benson’s oldest, continually operated bar. Since 2007, Burke’s Pub has been a great place to unwind after work. They host trivia twice a week, have a great apple pie shot, and are the best place in Benson for soup cookoffs.

Benson has a great underground speakeasy. Yes, you read that right! Between 61st and 62nd street, you’ll find the backside of Benson’s main strip. Alongside murals, garbage bins, and bar patios, you’ll find a glowing blue light leading down dark basement steps. Follow the blue light down the stairs to discover Omaha’s largest collection of lucky cats and some great cocktails–Kaitei.

A second entrance through Ika Ramen makes this Japanese-themed sake bar easily accessible. If they’re not busy and you’re feeling lucky, ask the bartender to invent a cocktail for you. In our experience, they always come up with something amazingly delicious!

In the early 1900s, Krug Park was the peak entertainment of North 52nd St, and it included a beer garden, ice cream parlor, hot air balloon, nightly dance pavilion, swimming pool, waterfall, wave machine, bathhouse, amusement rides, and a tunnel of love. Some say Lover Luxuries’ own tunnel of love was based on this historic park right down the street.

Imagine sitting in a temporary wooden grandstand on the Fourth of July in 1916, watching a professional wrestling match for over five hours! But this match — Joe Stecher of Dodge, Nebraska, against Ed "Strangler" Lewis — in Krug Park in Benson became legendary.

Krug Park was closed in 1940 due to the worst roller coaster accident in the nation at that time. Four people were killed and 17 injured on the “Big Dipper” roller coaster, and subsequently the Omaha City Council banned roller coasters within city limits. The cocktail bar Krug Park now pays homage to its namesake by serving a great selection of beers and Bloody Marys.

"Affliction" and "The Price of Tides" award-winning actor Nick Nolte was born and raised in Benson!

Nolte, who was notorious for his bad-boy persona, was born in the Benson area and even attended Benson High School, but was expelled for hiding and drinking beer during football practice.

He went on to star in over 80 movies and won the Golden Globe Award for Best Actor.

There Is An Official Flag, And It's Awesome

In 1981, Benson Commercial Club hosted a contest to design a community spirit flag. John Brickel won, and he explained his design represents “the metamorphosis that Benson has undergone . . . the Butterfly design is actually two letter Bs. The left B faces Benson’s past, the right its future.”

The Original Bank is Now The Taco Co.

Boost Mobile now sits where the founder of the Bank of Benson first built his home.

The Benson Historical Society’s Sam Swanson told us that James A. Howard founded the Bank of Benson in 1923 and set up shop at 6108 Maple Street. Just down the road, he built his first house.

The original terracotta facade of the Bank of Benson is still there, but now you can enjoy delicious tacos and margaritas at Taco Co. inside the building.

Howard’s home was torn down in the name of economic development, and was replaced with a gas station and currently, a cell phone store.

After eating a puffy taco at the former Benson Bank, you can walk across the street and grab some treats at Baked After Dark. But, don't worry about getting there too early because they don't open until 5:00 on the days they are open. Located just North of Maple Street on 61st, Baked After Dark has been nominated for the 2023 World's Best Cinnamon Roll, and has award-winning sugar cookies. Where else can you grab a freshly baked cookie at 1 am? Right?

Looking for something to cool you off instead? Ted & Wally’s Premium Ice-Cream in Benson has created over 2,000 flavors and is housed in a former auto repair shop and gas station. A perfect compliment to Benson’s thriving local art and music scene.

A Community That Loves All Things Spooky

Benson loves all things spooky. The Benson Neighborhood Association hosts its annual Benson Boo Bash with great pride. This well-known family-friendly event hosts Halloween games, treats, and activities for the whole family. For the older kids, Benson’s annual Zombie Walk is a favorite. Come to Benson every October dressed like a zombie for some great spooky fun.

Benson is a very affordable Omaha neighborhood. According to RPR, the median home value in Benson is $189K–almost $100K less than Greater Omaha. The historic homes in this neighborhood are beautiful, big, and right next to all the fun. Benson has seen a 6% increase in population since 2010, and this great community continues to expand and improve. With healthcare and retail jobs right around the corner, this area is great for all types of families.

Benson Park was renovated in 1999 and is a wonderful green space for the community.

This 217-acre park just North of Benson’s commercial area is an Omaha favorite. It has a lake and pavilion, lagoon, trails, playground equipment, and a nearby golf course. It is a great place to take the family for the afternoon and is one of the biggest parks in all of Omaha.

Benson lies right at the heart of Omaha, and its creativity and culture contribute so much to this great city. From restaurants and bars to local history, everyone will find something that they love here. There are murals on almost every corner, unique shops, and plenty of family fun to keep everyone entertained.

Whether you’ve lived in Omaha your whole life or you just moved here, Benson will always be a great neighborhood to explore. Omaha was recently ranked one of the best cities in America to live in by Livability.

If you’re looking to visit Omaha or move to the Benson community and looking for an Omaha Real Estate Company, contact a Nebraska Realty agent to get started! 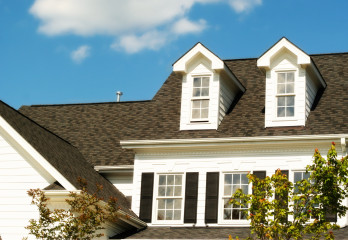 Did you know that there are over 250,000 people who live in Lincoln, Nebraska? While you may not have known that statistic, you may also not know much about Lincoln real... 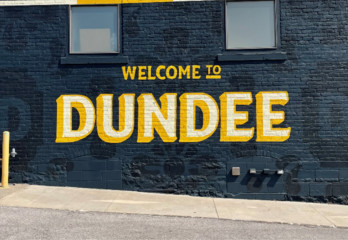 Dundee is one of Omaha's most popular and treasured neighborhoods. In this article, you'll learn about the rich history, unique architecture, and what this iconic Omaha neighborhoo... 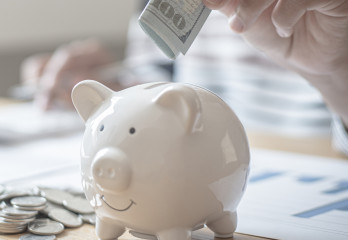 Is inflation impacting you financially? You're not alone. In this article, we will discuss 5 Easy Steps to Save Money on a Budget! Whether you are just starting out in your ca...