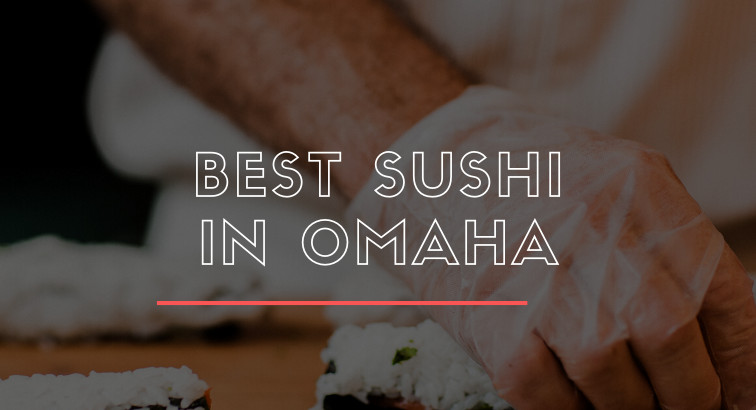 From Benson to Bellevue, Downtown to Millard, and Blackstone to Aksarben, the Omaha metro has exceptional sushi to pick from. The metro was hit with “modernized” sushi in 2002 when the first Blue Sushi Sake Grill (pictured below) opened up at Grayhawk Point. Neighborhoods like Champions Run, Nelson’s Creek & Grayhawk West were immediately privy to something extraordinary. Prior to that, your choices were very traditional and very limited. Do you remember Sushi Ichiban (now Children’s Hospital off 84th & Dodge) or Sushi Japan (144th & Center)? Neither are on the Omaha landscape anymore, but fortunately for us, the crusaders at Blue had recruited one of Sushi Ichiban’s top sushi chefs, and knife aficionado, Tom Buder, to join them on their maiden voyage. As an Omaha native, he knew what Omaha needed and what Omaha wanted, and boy, did he deliver! The original Blue was something Omaha hadn’t seen in a restaurant before… sushi, fresh, quality sushi, in Nebraska (of all places), tempered to the likes of our meat & potato eaters of the midwest. With Blue there was hype, there was prestige, and there was a wait... A long wait. And we all did just that. We waited, patiently, just to have a taste of their tailored menu with cooked items right alongside the raw items, almost training the masses. Even the pickiest of eaters could have a stellar experience. Blue, in a way, paved the way for the rest of them… and now we have a lot, and thankfully, fillingly, they’re topnotch!! 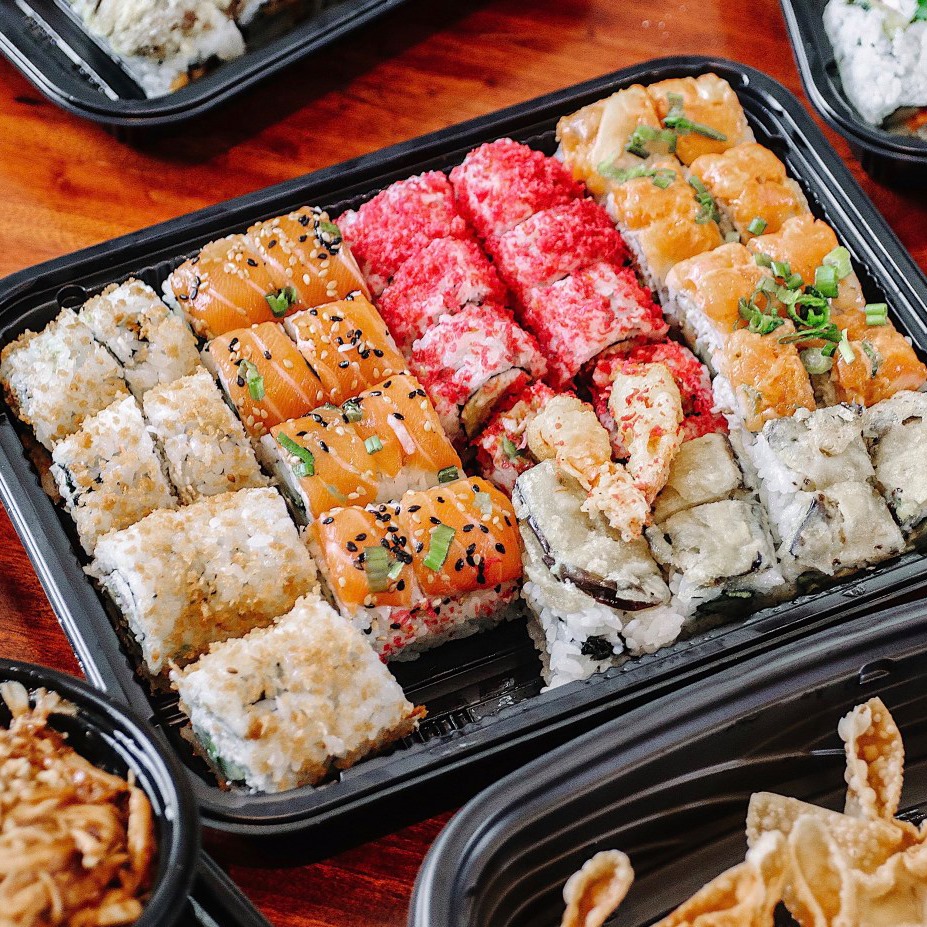 Hiro 88 - another go-to, tenured spot. Opening in 2003, Chef, Milton Yin, has brought us his pan-Asian concept. Mirroring Blue with multiple locations in Omaha and one in Lincoln, they are an influential establishment to the metro. Blue & Hiro still thrive in Omaha today. Both perform consistently, changing their menu just enough and ever so often to peak your intrigue. I have to say, I’ve always been Blue/Hiro biased, due to their seniority and originality, but have kept an open mind to any restaurant that tackles seafood (especially raw) in the middle of the United States. Blue & Hiro have made their stamp on Omaha, and us Omahans, have a decision to make. Where’s the sushi takeout from tonight? I’ll be sharing with you my favorites across Omaha.

Let’s fast forward to 2020. The entire globe has been hit with a new norm: TAKEOUT. Takeout (amongst many other things) has become a weekly, if not a semiweekly occurrence in my household. Supporting local business is important to me, so venturing outside of my hackneyed tendencies (Blue & Hiro), I decided to turn over a new leaf and explore the unknown. I was on a mission. A delicious, somewhat easy, mission, to find that spark Blue & Hiro had lit so many years ago. 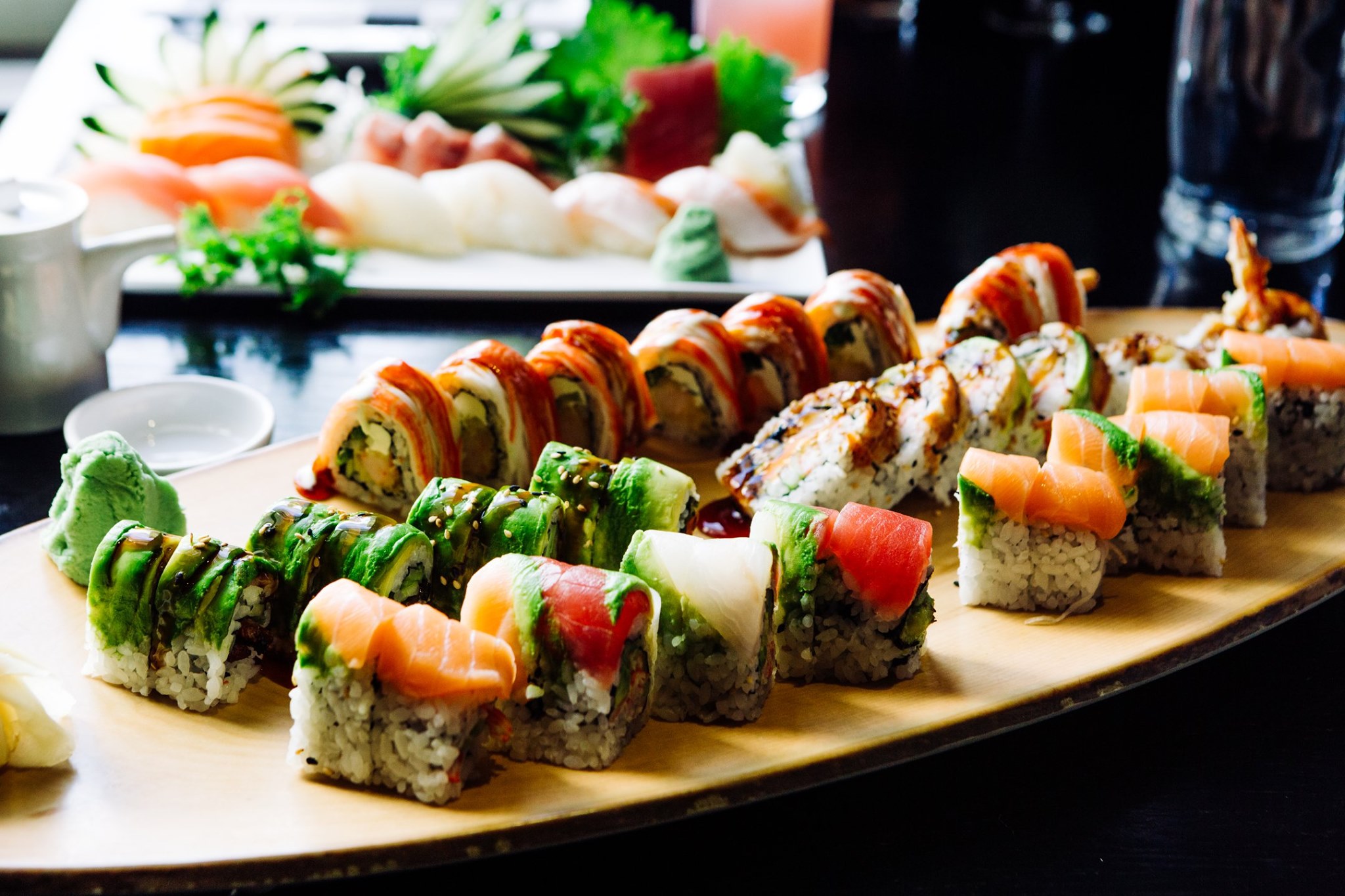 This February, the Omaha World-Herald announced that two chefs in Benson were named James Beard Award semifinalists. (That’s a huge deal, by the way!!) One of these chefs is David Utterback of Yoshitomo. Yoshitomo, off 60th & Maple, opened in the Benson neighborhood in 2017. Upon opening, David has brought a variety and selection of seafood not known to Omaha. He’s regularly invading our food comfort zone, and we’re enjoying every battle he brings us. His menu is adventurous and smart. In the current take-out world, Yoshitomo reigns supreme. 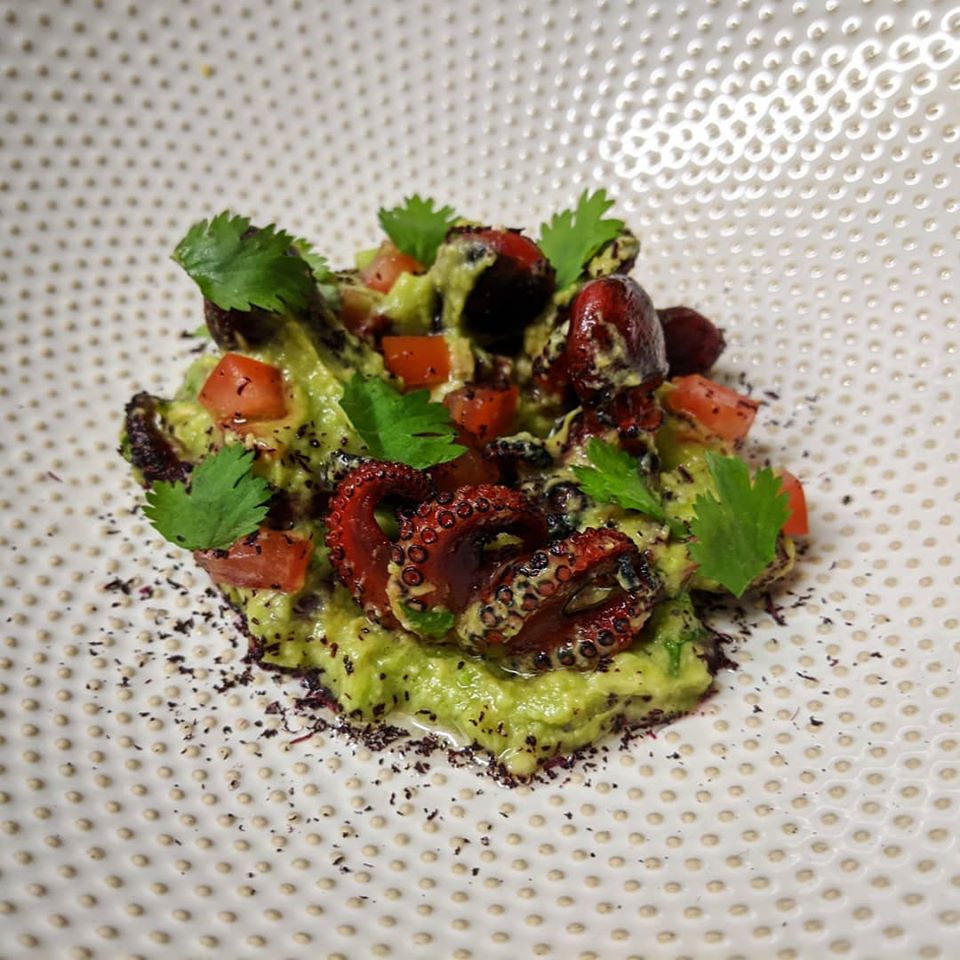 While their menu and variety are bohemian, you can’t help but notice their homage to the Omaha greats:

I feel like this shows their appreciation to Omaha and the restaurants that made sushi a need rather than a want.

Venturing to the south, there’s Umami in Bellevue. Chef Keen Zheng has worked YEARS alongside some of the best sushi chefs in the world. Every item on their menu has thought and meaning. You cannot go wrong with Umami. As close to perfect as you can get. 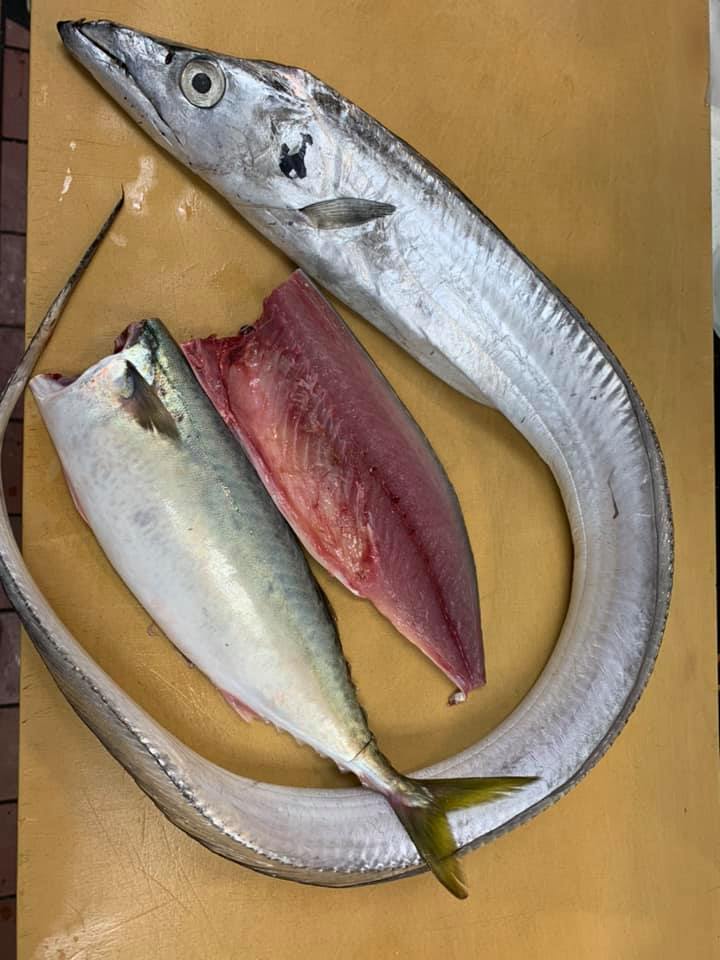 Butterfish in The Blackstone District

Butterfish, ooohhhh Butterfish. It tastes as good as it sounds and it sounds so-so good! Smack-dab in the heart of the Blackstone District, they’ve taken lead during this takeout era. Setting an example (along with their sister restaurant, Stirnella) for local Omaha businesses on how to give back to their community, stay positive, support each other and still crank out some of the absolute best of the best. I am yet to try something that I don’t love. They subtly blow my mind, each and every time. 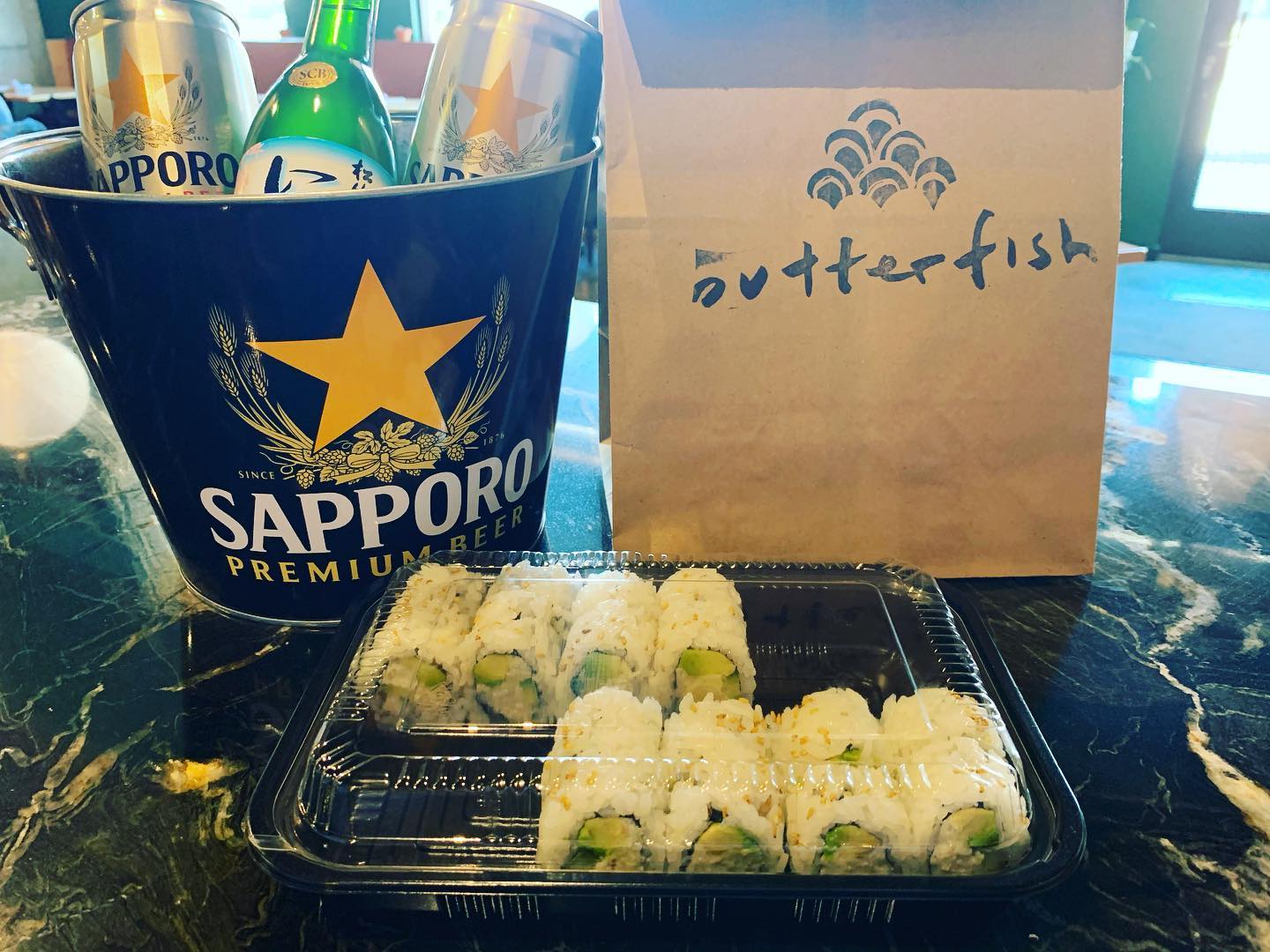 A little way down the road when you hit Aksarben Village, you’ll be more than thrilled to find Ponzu. Jimi DiPrima opened up this midtown masterpiece in 2012. If the name sounds familiar, that’s because he’s the same Jimi as Jimi D’s, in Aksarben Village. Jimi also had a long time run as General Manager at the original Blue. Needless to say, his reputation precedes himself. He knows food, he knows sushi, and he knows how to do it right. Ponzu is consistent and delicious. I am yet to have a sub-par experience at Ponzu, even with takeout orders. Ponzu delivers unique bites you’ll love. 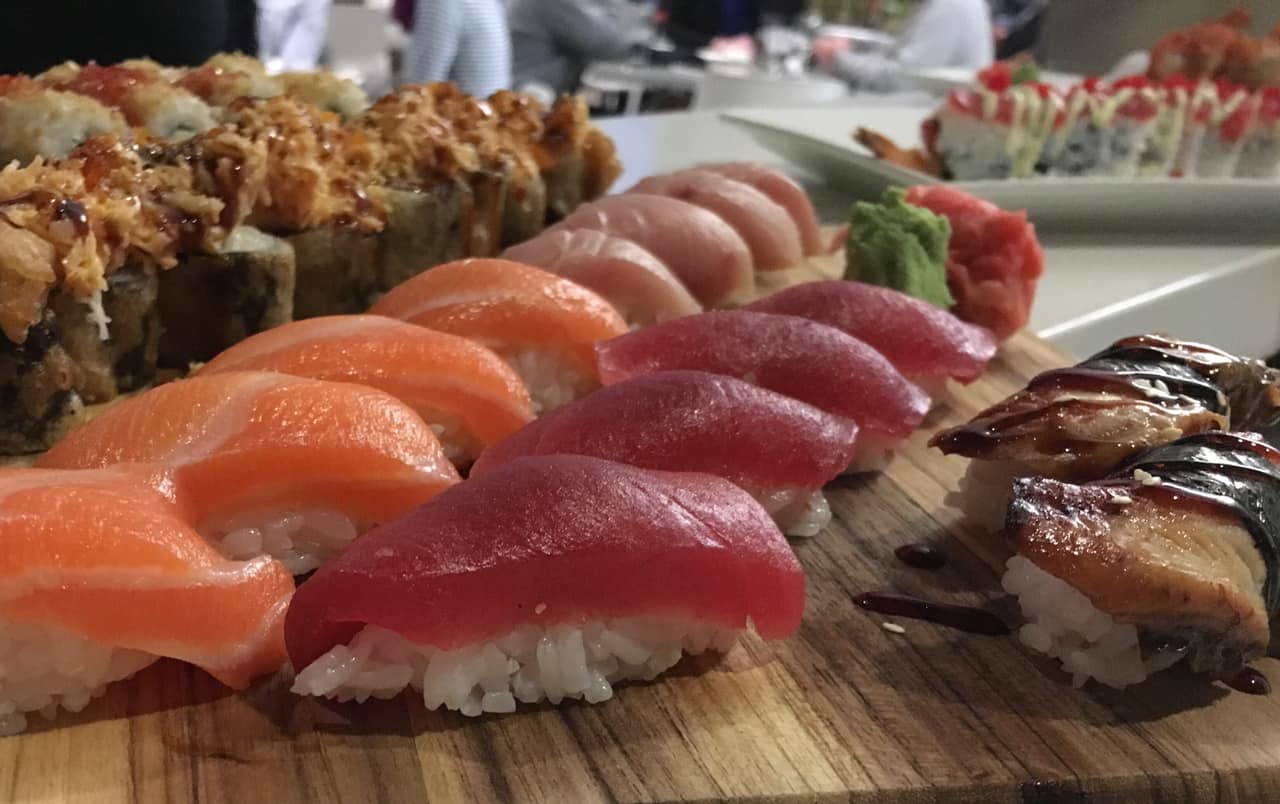 My Favorite Sushi Across Omaha:

BUTTERFISH - Samurai - salmon or seabass, both are great! HIRO 88 - Highway 80 - not a roll, but there is flash-fried sushi rice.

UMAMI - Out-of-Control Roll - this one’s topped with seared salmon YOSHITOMO - Gojira Roll - do you like sriracha? Ok, then.

BLUE - Itchy Seabass - just order it.. It’s one of the best things you’ll ever put in your mouth.

HIRO 88 - Golden Gate Roll, a play on the classic cali, but they’ve added shrimp and avocado on the outside of the roll and it’s perfect!

HIRO 88 - Shiitake Roll - the details are in the name.

YOSHITOMO - Sundried Roll - this is a tasty one Sweet…