Five Reasons You Should Live in Omaha Nebraska 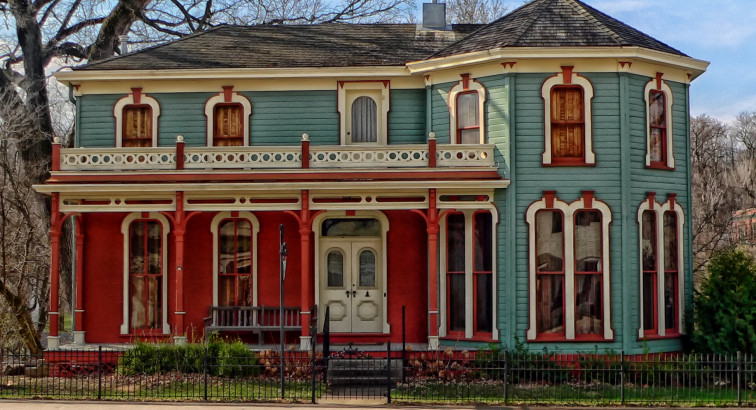 If you're relocating to a new city but haven't considered Omaha, it's time to start looking for Omaha Nebraska homes.

There is plenty of fun to be had in Omaha. Omaha has both a high quality of life and a low cost of living. You enjoy all of the perks of living in a metropolitan area without the high price tag. Read on for five reasons why you should consider relocating to Omaha, Nebraska.

Omaha's cost of living is 8% below the national average. Omaha is the largest city in Nebraska but doesn't have the same high cost of living as other big cities in the U.S.

Finding a home in Omaha is also more affordable than in many other areas of the country. With a lower price per square foot, homeowners get more bang for their buck in Omaha.

Talk to an Omaha Nebraska realtor to start the hunt for your next family home.

Many families move to Omaha Nebraska for the amazing schools. Omaha's impressive graduation rates are nationally renowned and make the school system a major attraction for families with children.

Bike lanes throughout the city make for a great family bike ride. Omaha is also home to one of the world's largest zoos and close to a number of state parks and other attractions that the little ones will love.

Omaha's thriving job market is another reason to consider relocating to the city. Omaha's unemployment rate is consistently below the national average. Omaha job opportunities include everything from farming to tech.

Living in Omaha means enjoying the rich arts scene the city has to offer. Omaha has a number of museums, including one of only 11 Latino museums in the nation.

Each summer, Omahans enjoy Shakespeare On The Green. The city is also home to a thriving indie music scene and has world-class venues to enjoy live performances. USA Today just ranked Omaha's Henry Doorly Zoo as having the #1 Zoo Exhibit, #1 Safari Park, and the #3 zoo in America!

Omaha's culinary history is rich. You may be surprised to learn that Omaha is the birthplace of the Reuben sandwich, an American deli staple.

Omaha also has a bevy of restaurant options that are loved by food critics and Omahans alike. Whether you are looking for World-Class BBQ at Porky Butts BBQ, char-buffed wings at Copps Pizza, Mexican food at Isla Del Mar, steaks at Gorats, or ice cream at Coneflower Creamery or something cheap and family-friendly, you can find it in Omaha.

Omaha is one of the U.S. cities with the most bars per capita, giving it a vibrant nightlife scene with something for everyone.

These are just five of many reasons why Omaha is one of the happiest cities in the United States. With so much to offer, it's easy to fall in love with the Cornhusker State.

Considering a move to Omaha Nebraska? Nebraska Realty can help you find the best Omaha Nebraska homes on the market. Contact an agent today to find your dream home in Omaha.