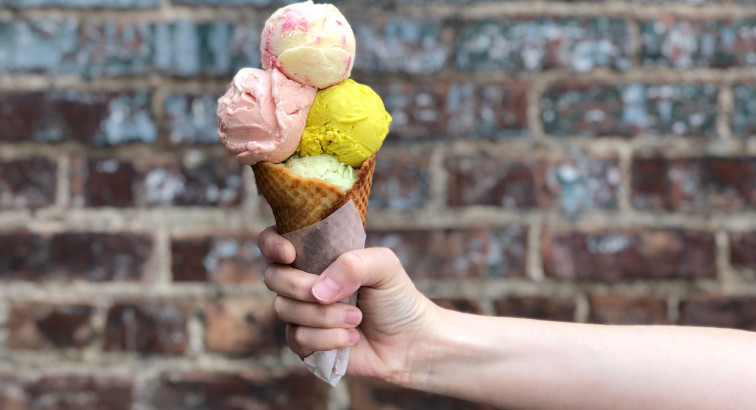 Ice cream is so good, it’s illegal… kind of. Did you know that it’s against the law to carry an ice cream cone in your back pocket in parts of Kentucky and Georgia? Neither did I. Thank goodness we’re here in Nebraska and don’t have to worry about that. And being in Nebraska, living in the Omaha metro, we’ve got a lot of options to choose from if you want that ice cream shop experience. Flavorwise, you could give me plain vanilla, top it with chocolate syrup and I’m as happy as can be. But when you hear taglines like Ultra Premium, Homemade, Real, Old-Fashioned, Farm to Cone… you begin to salivate and want a little more. We all have our favorite spot. Mine is Ted & Wally’s downtown, but I’m not always in that area when my kiddos (or just me) decide that consuming ice cream immediately is life or death. 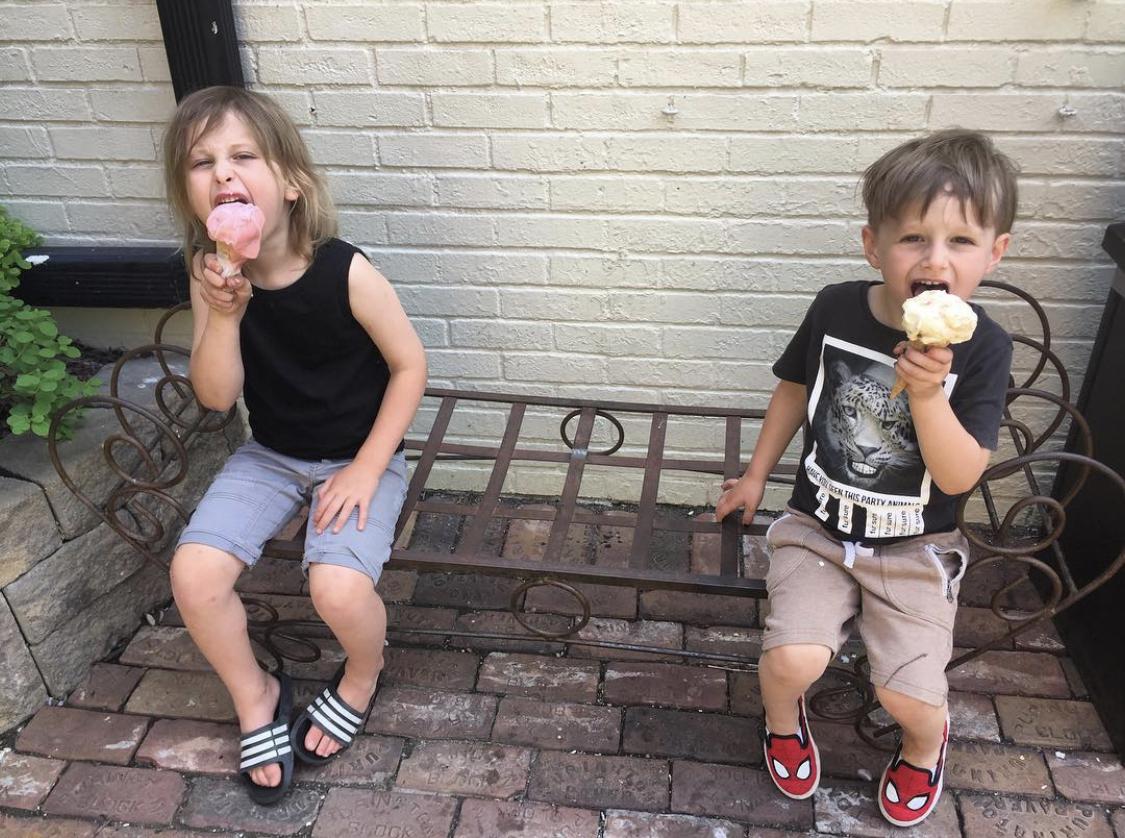 Am I an expert? Not even close. But raising young kids here in Omaha, we’ve had our fair share of warm evenings that have ended in this delicious treat. Along with the fact that I’ve even felt the need to give up this craving for lent… twice, I’d say I have decent credentials.

A little ice cream history to get started. The oldest known is an “ice cream-like food” that dates back to 618 BC China. The Romans had an icy treat back in 200 AD. King Charles I is rumored to have paid his chef a whopping £500 a year to keep his ice cream recipe a secret from the rest of England… That’s about $140K today! While some of this is fact and some is speculation, the guy we give the credit to for inventing ice cream, at least the earliest known recipe written down, belongs to the Italian, Antonio Latini. A recipe for sorbet as well as sorbet mixed with cream was included in his cookbook from 1694. (He also has the earliest surviving recipe for tomato sauce - Thank you, Mr. Latini!!) 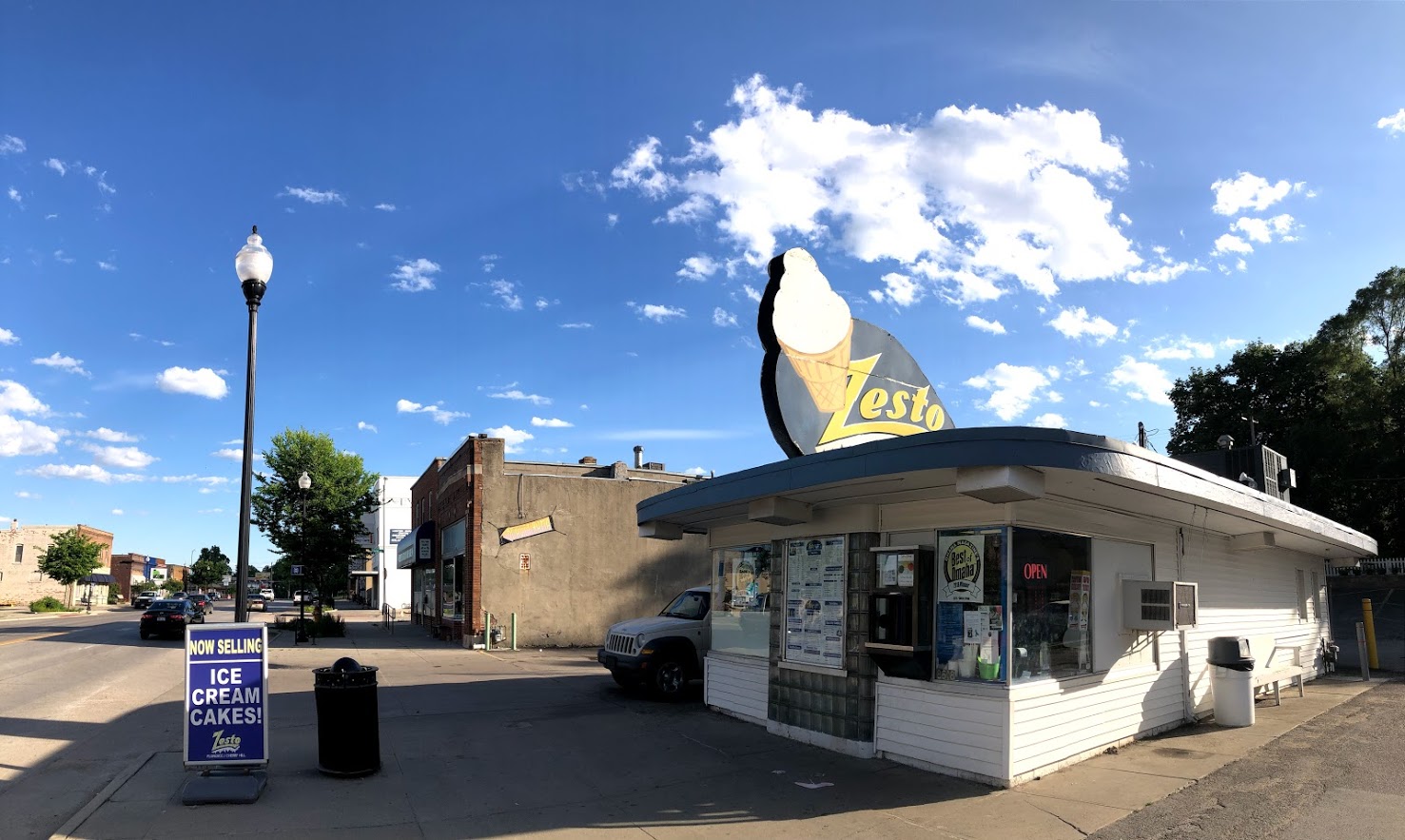 Omaha has its own ice cream history. Zesto’s has been a part of Omaha history for over 60 years and has three locations throughout the Omaha metro area. What I love about Zesto’s is that they’re a family-owned business and along with their tasty ice cream, they also have a full menu for lunch and dinner. Their satellites & ice cream sandwiches are a family favorite of ours. And with a few locations throughout Omaha, it’s always convenient. 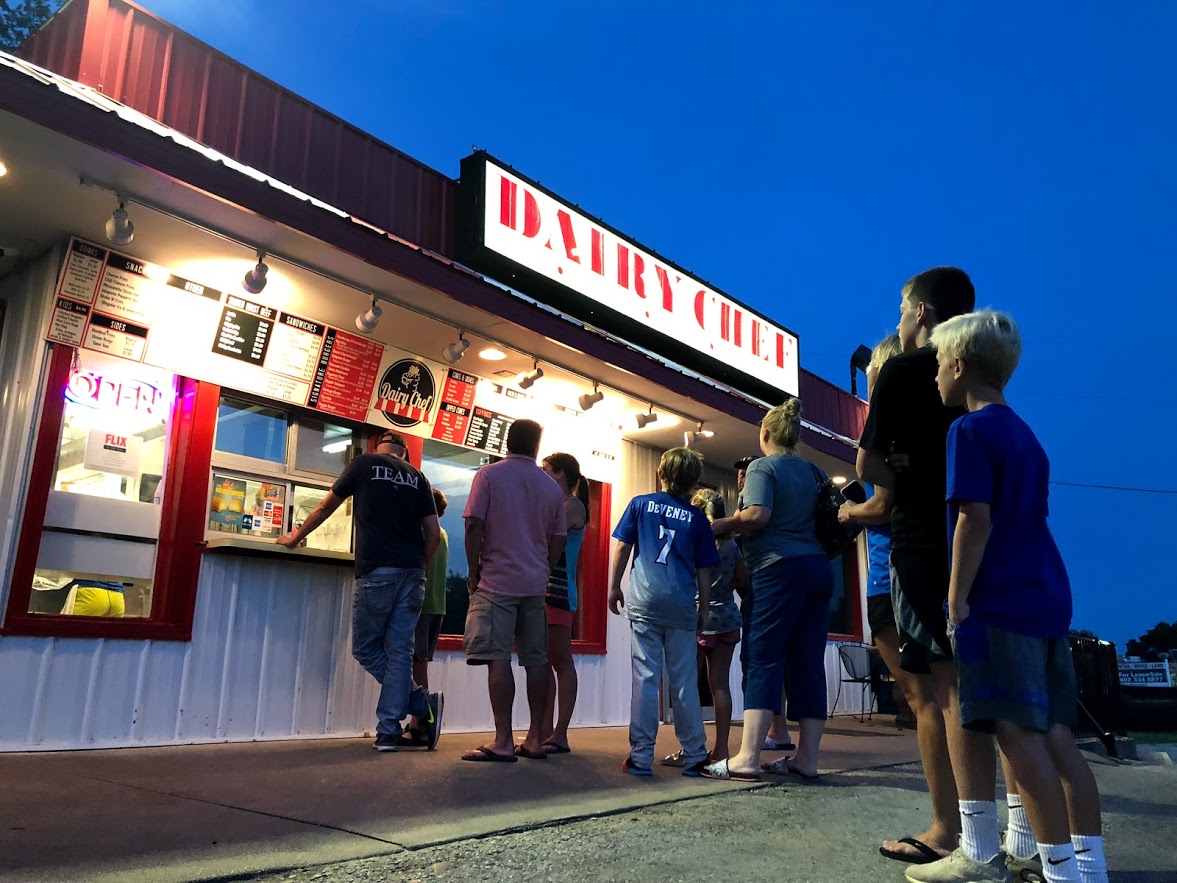 Dairy Chef is an Elkhorn original. Since 1969 you could stop here for some of the tallest treats around. With classics sundae’s amusingly named things like The Breakup and The BFF, you can always count on them for an impressive presentation, more than ample toppings selections, and some of the best French fries around!

Ted & Wally's in Benson and The Old Market 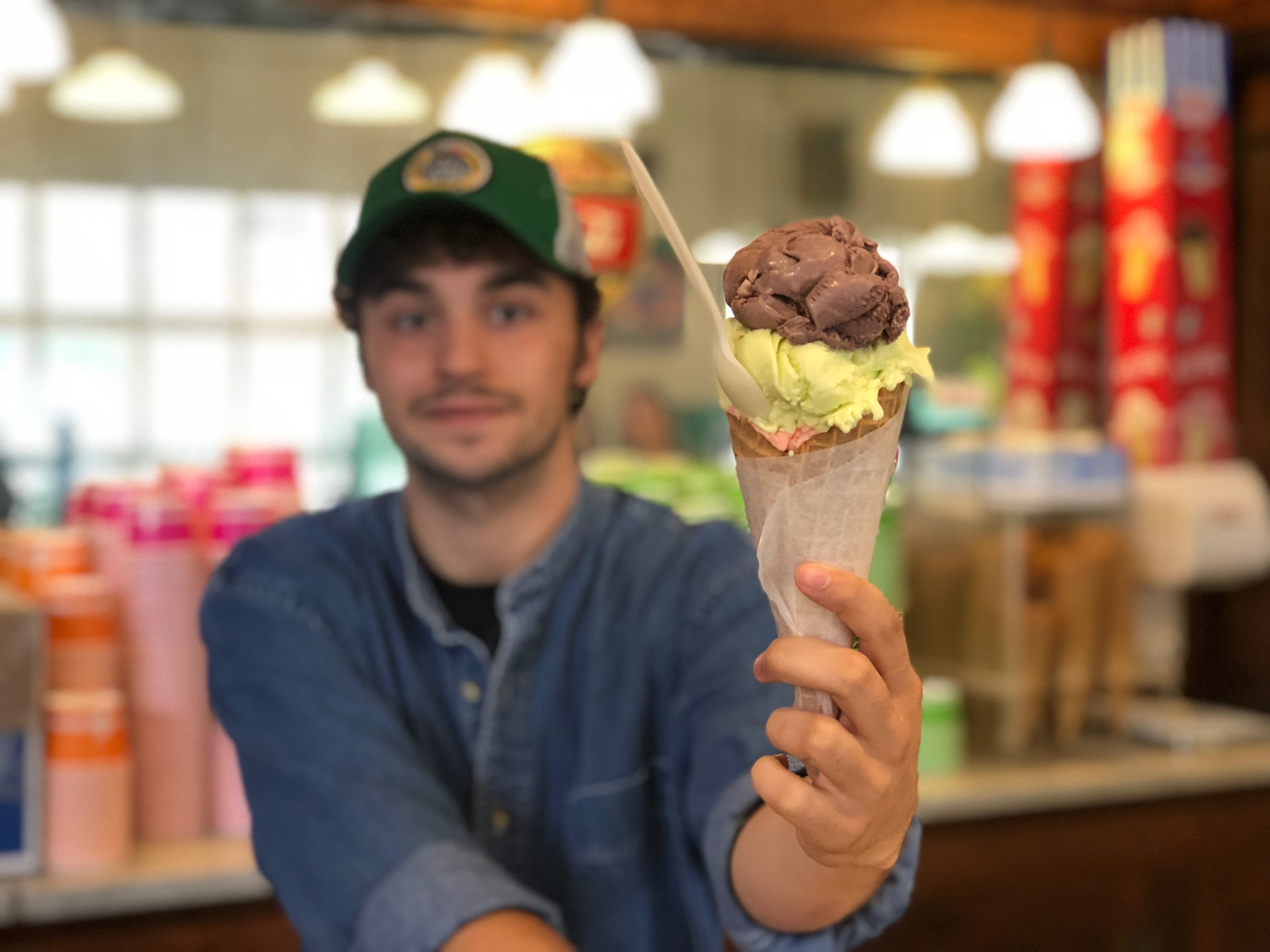 Opening in 1984, Ted & Wally’s has become an Old Market go-to. I can’t explain the level of superior ice cream you get here. You’ve just gotta try it. Their ice cream is classed as “ultra-premium” which means it’s using 20% butterfat, that’s the highest grade you can get in the ice cream world. Think of the PRIME grade beef can receive, it’s like that. They have an ever-changing menu of flavors, over 2,300 throughout the years, with many of the ingredients being locally sourced. Some of my many, many favorite things about Ted & Wally’s is you can get an ice cream sandwich made with donuts, they have Guinness ice cream around St. Patrick’s Day, their pumpkin ice cream in the fall is like nothing else on earth, and each and every visit is its own adventure. You can watch their ice cream making process involving wooden barrels, ice, and salt. It’s something interesting, my kids, and myself, love to watch while waiting in line. And yes, there’s almost always a line. But one bite of this stuff is worth every second you have to wait. They’ve opened up a second location in Benson, that mirrors their unmatched retro ambiance of their original Old Market spot. 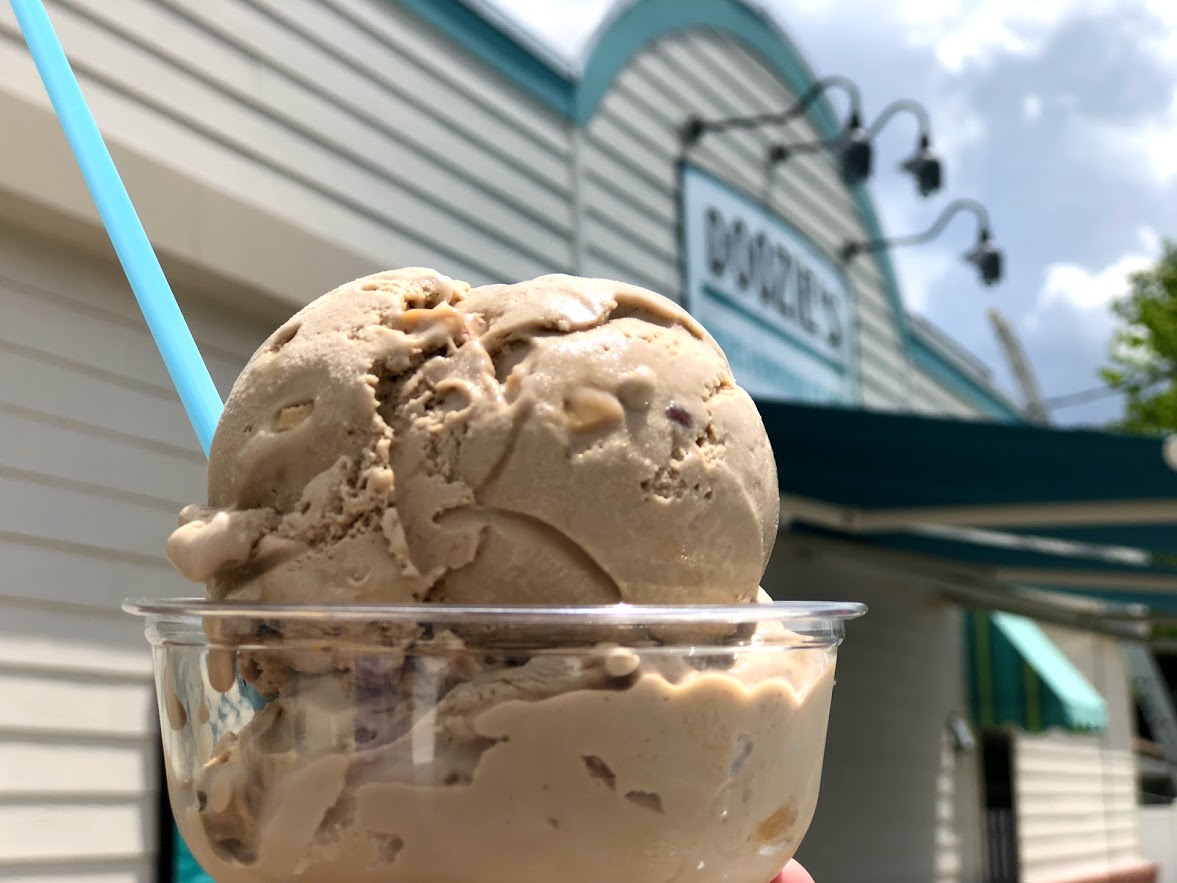 Crossing the river to Iowa, you’ll need to check out Doozie’s in Council Bluffs. Near Lake Manawa, directly across from the Council Bluffs Country Club, it’s the classic mom & pop shop with the walk-up order window and lots of outside patio seating. Locally owned, their homemade ice cream is as creamy as they come and they’ve got a great burger, too! 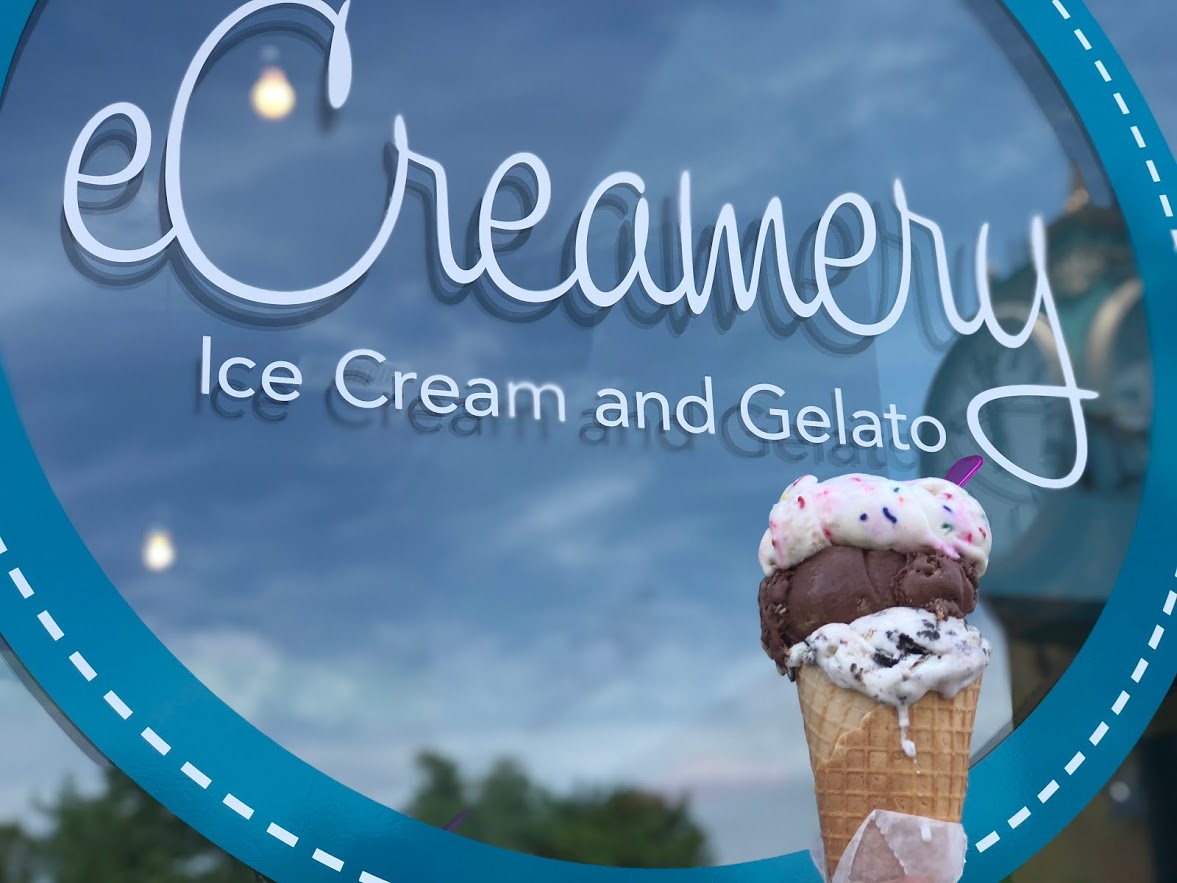 If you’re in midtown Omaha, you’re in luck. Dundee & the Blackstone District have two of the best spots around. In the heart of Dundee there’s eCreamery. You may have seen this ice cream concept featured on Shark Tank, so you know it’s gotta be good. Their menu changes as well, and has all the mix-ins you could dream of. And the best part? You can custom order ANY flavor of ice cream you want AND even have it shipped and delivered!! They even offer special occasion flavor packs for almost any event you can think of… from Graduation to New Baby, there’s even a flavor combo for I’m Sorry and Just Because. What’s a better gift than ice cream??

Coneflower Creamery in The Blackstone District 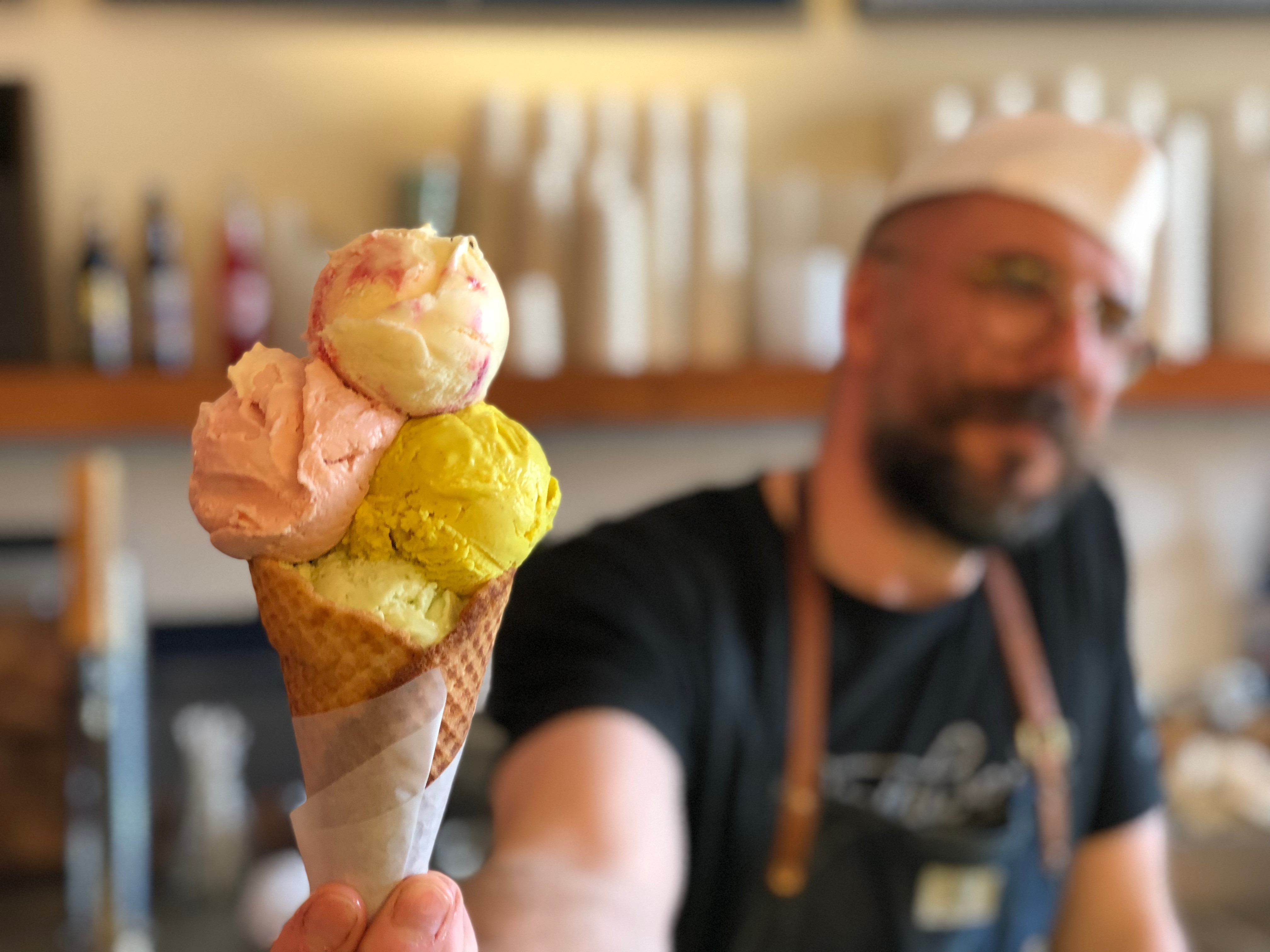 A few blocks away in the Blackstone District there’s the trendy Coneflower Creamery. Quickly becoming a favorite, they use local ingredients and represent their slogan Farm to Cone perfectly. Everything you get at Coneflower Creamery is made there... their ice cream, their waffle cones, even their sprinkles are made in-house!

So wherever your craving kicks in, you’ll have a great option nearby.