Omaha Cost of Living: What To Expect 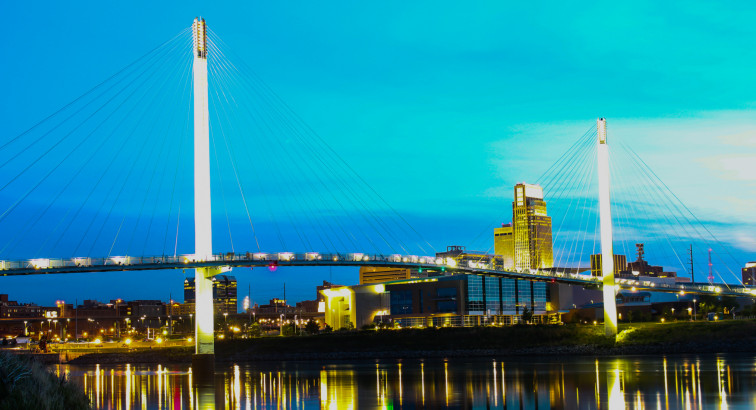 Considering moving and wondering about the Omaha cost of living? Well, you're not alone! The city of Omaha is growing and has seen a 12% increase in population as of late. As the state's largest city, there are more reasons now than ever to move to Omaha.

But how much does it really cost to live in Omaha? When it comes to "Omaha cost of living," what are the main factors you need to know?

That's what we're here to look at today. Read on to find out more about how much living in Omaha really costs.

Let's get straight to business. There are nearly 500,000 people living in the city of Omaha, making it one of the biggest cities in America. And according to the U.S. Census Bureau, the latest population estimates put the Omaha metro area's total population base at 949,442and ranks as the #58th largest metro area in the United States.

Utility for a person costs around $110 and up to $170 for a family. Those considering a move to Omaha can quickly access Omaha homes for sale by clicking here.

Those buying groceries on a regular basis in Omaha pay about $480 each month per person. All the regular food items are at comparable prices in Omaha.

There are also plenty of spots to eat out if that's your thing. Food doesn't cost any more than in other cities, and there are excellent restaurants in and around the Omaha area.

Getting around in Omaha is extremely simple, even if you rely on public transportation. Tickets on a bus generally don't cost more than a few dollars in the city.

A monthly pass for public transit costs about $50 a month, which is still a good price especially for those that travel a lot on a regular basis. Gas remains affordable in the area, as prices don't top much over $3.

Why Live in Omaha?

It's no secret that living in Omaha has a lot of financial perks. It's affordable for even new homeowners or renters. But what does the city have that makes it an attractive destination?

It starts with its growing business, as several Fortune 500 companies call Omaha their homes. There's also a growing tech sector that's attracting more young talent from around the country.

Things To Do in Omaha

There's also an excellent host of hospitals and medical centers that allow Omaha to stand out from other metropoles. On top of that, there are annual sports events, incredible zoos, and restaurants to keep you entertained.

Cost of Living in Nebraska and Omaha

When looking up "Omaha cost of living," it's important to understand that it's an efficient and low-cost city with plenty of highlights. Use this guide to help you understand how much it really costs to live in Omaha, Nebraska!

Looking to buy or sell homes in Omaha, Papillion, Gretna, Elkhorn, and around Nebraska? Contact us today and we'll get you started with a solution right away!