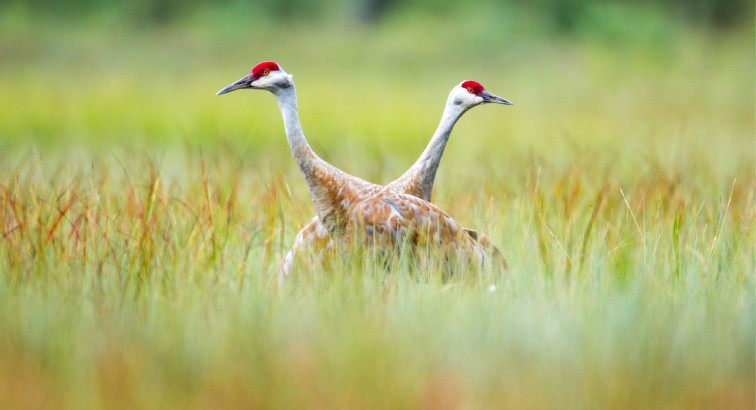 Central Nebraska was once a key stop on the journey westward for American pioneers. Historic trails through the region helped explorers tame the prairies and settle new towns.

Homeowners and land buyers today see the beauty of central Nebraska and all that it has to offer. Cultural attractions, small-town charm, and incredible opportunities make it a must-visit for tourists and those seeking a lifestyle change and looking for an escape from the big city lights.

Do you want to live in a safe, friendly, and exciting area? If so, central Nebraska should be at the top of your list!

According to the U.S. Census Bureau, over 1.96 million people call the Cornhusker State home. Since there are so many reasons to live here, it is no wonder experts predict the population to rise.

You might be planning to add to the number of inhabitants. But before you do so, you should uncover why so many people choose to live near the Grand Island and Hastings area.

Below are the top reasons to consider a move to central Nebraska!

Living in Central Nebraska Is Safe

Your safety is a priority and should be the top item on your househunting list. You do not have to worry about violence and crimes, so you can go to bed at night feeling safe and secure.

The violence and property crime rates are below the national average. That helps the community feel a sense of pride and encourages people to look out for each other.

The Tri-Cities is an area of Nebraska consisting of the cities of Grand Island, Hastings, and Kearney. It has a population of around 160,000.

People recognize Nebraksa for its rural lands and sprawling countryside. Although that may be true, there are also some vibrant urban areas. Perfect if you love the hustle and bustle of busy city life.

Grand Island is the largest and most populous city in central Nebraska. It might not have towering high-rise buildings like in Omaha, but the lanes are always lively. Many cozy cafes are dotted around town to soak up the atmosphere during the day.

Grand Island is a town that brims with history and hospitality. Head to the Stuhr Museum to see the 1890s Railroad Town, where costumed actors help capture the essence of a prairie community. Inspect early farm equipment in the exhibits and let the kids run free in the children’s interactive play area. Downtown Grand Island has galleries, while the Island Oasis Water Park is a thrilling way to cool off on a hot day.

The current population of Kearney, Nebraska is 34,390 people. A colorful and exciting city situated smack in the middle of America, Kearney boasts a number of tourist attractions including a massive Arch spanning over I-80 which is actually a multi-level museum that tells the story of the adventurers who followed the Great Platte River Road and helped to build America.

Kearney is also considered to be the Sandhill Crane Capital of the World! Every spring over half a million cranes (that’s about 80% of the world’s population of Sandhill Cranes) gather in Nebraska’s Platte River Valley. The Kearney area offers a variety of crane viewing experiences and there are plenty of hotels, dining, and entertainment opportunities for tourists.

Downtown Kearney is the hub of locally owned businesses and exciting seasonal events. From boutiques to barbershops, murals to museums, taphouses to theater, you can find it all in downtown Kearney, Nebraska.

Hastings Nebraska has a population of 25,152 people and is known as the town where Kool-Aid was invented by Edwin Perkins in 1927. The Hastings community celebrates that event with the Kool-Aid Days festival every August.

Hastings is a place where you will meet artists, shopkeepers, and storytellers while you stroll through downtown shops, beautiful parks, and historic housing districts. Whether you are a traveler, meeting planner, or new resident, the community is excited to help you find what you are looking for.

Hastings has great dining options like The Odyssey which opened in 2016. The Odyssey is comfort food at its finest. This restaurant in downtown Hastings is a cozy spot that serves only the best in comfort food, and it’s bound to become your favorite winter dining destination.

Nebraska Realty has a real estate office in Hastings, Nebraska.

The Best of the Great Outdoors

If you are a nature lover, look no further than Nebraska. The state is home to five breathtaking national parks. Some are arguably the best in the country.

The closest park to Great Island is Homestead National Historical Park. It is less than a 2-hour drive southeast of the downtown area. The park is unique. It's blessed with sprawling flat lands rather than mountains and steep inclines.

Even those there are five national parks, there are countless more open spaces where you can enjoy mother nature.

NR Land was created under the expert guidance and experience of land-focused agents that have been in the business for years. They bring decades of relationship-building foundations, selling expertise, and marketing techniques to every sale, and they are dedicated to helping Nebraskans get the best price for their land.

Whether it’s farms, ranch acreages, or recreational land, our agents have the knowledge and understanding to buy and sell the property without hassle. Our agents were born and raised in the rural plains, and they know the ins and outs of agricultural businesses. You’ll catch them hunting, fishing, and camping just as much as selling real estate!

Nebraska Realty harnessed the experience of these great agents and partnered them with the resources to be even more successful. With the largest online presence of any Nebraskan brokerage, NR Land will get your property exposed and marketed to a huge range of potential buyers. We have the resources of corporate brokerages while still having the grassroots personality that comes from years of boots-on-the-ground experience.

There Are Plenty of Job Opportunities

Many big-name companies employ hundreds of people throughout the state. Berkshire Hathaway, Conagra, and Union Pacific are some of the most well-known.

A Low Cost of Living

Are you tired of high housing fees, overpriced local eateries, and expensive healthcare?

If so, a move to Nebraska can help fix all of your problems.

The most significant expense in your life goes toward housing. The median home value is slightly over $148,000, almost $82,000 below the national average.

Renting is also affordable here. However, most people in Grand Island own their homes rather than rent.

You can buy a home in Nebraska and not have to worry about financial difficulties down the line.

Low-cost healthcare is another factor for the low cost of living. And since there is not a high population in the region, hospitals do not suffer from overcrowding.

Not everyone is fortunate enough to move to a safe and affordable region. Never mind, somewhere also packed with natural beauty and endless things to do. Therefore if you are lucky enough to plan a move to central Nebraska, you must grab the opportunity with both hands.

So contact us today, and we will help you search for your dream home. And you can start dreaming about an exciting life you deserve living in central Nebraska!