The Best Nebraska Cities to Consider Moving to in 2022 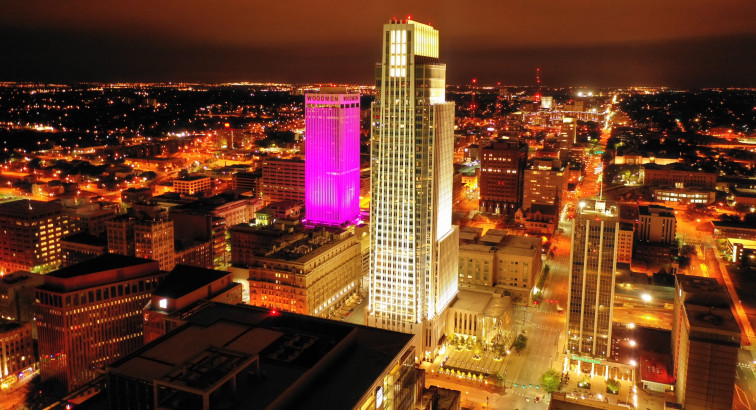 Nebraska is considered home to around 1.9 million people, with a variety of places to live comfortably. If you’re looking for a friendly, mid-western state that fits that criteria, then planning to live in the state of Nebraska might be for you.

But have you ever wondered which cities are the best ones to settle down to build a better quality of life for you and your family?

When looking for a place to move to, there are a couple of important factors you need to consider. This includes knowing about a city’s quality of life, known amenities, commute time, and even the common weather. Luckily for you, cities in Nebraska have many appealing qualities to them that would be great for everyone looking for the perfect ingredients for a happy life.

Planning on making the move to one of the best Nebraska cities? Continue reading to find out what are some of the best places to live in Nebraska and why moving to Nebraska may be right for you. You’ll want to know which areas are the spots with the most heart in the state.

The Capitol City of Lincoln

Not only is it the capital of Nebraska, but Lincoln is also the most developed city within the state. There are many job opportunities for everyone who lives there, as well as plenty of properties to browse within the market when searching for a home.

There are nearly 270,000 people who live in Lincoln, but despite the large crowd, the state is ranked among the fifteen top-ranked cities to purchase a house.

Being Happy in Gretna

Gretna is considered one of the happiest cities in the state. The commutes to work are short and there’s an enthusiasm for sports with the abundance of sports teams.

While the pricing for homes is a little higher than most, you’re getting the high quality of life that you pay for. The city is also close to Omaha and Lincoln, which means it’s close enough for those looking for work opportunities.

Papillion is a city in Sarpy County in the state of Nebraska, United States. Designated as the county seat, it developed as an 1870s railroad town and suburb of Omaha. The city is part of the larger five-county metro area of Omaha. Papillion's population was 24,159 at the 2020 census. Papillion has been ranked by Money Magazine as one of the best places to live in America and also has a Nebraska Realty office!

The City of Omaha

Omaha is a great city for families looking for good school districts. There are over 150 public schools to browse, with the top twenty schools being rated very high. The city is also home to around 440,000 people and contains homes with a lot of good value for their price.

This city is a suburb with a very low crime rate and great school districts. The rent for some homes is very affordable to most people, which is around $800 on average per month.

La Vista has a population of around 16,800 people, with a large percentage of residents living in homes they own.

The Good Life in Grand Island

Nebraska's third-largest city, except when the Huskers play, is located in central Nebraska. The sleek Stuhr Museum of the Prairie Pioneer traces the area’s early history. In restored Burlington Station, Tri-City Model Railroad Association exhibits a sprawling model of mid-20th-century Grand Island. Southwest of the city, Crane Trust Nature & Visitor Center offers trails, a butterfly garden, and blinds for viewing migrating sandhill cranes along the Platte River. Grand Island is also home to Chief Industries, one of the largest employers in central Nebraska. Grand Island is also home to a Nebraska Realty office and dozens of agents who are ready to serve you.

After looking through our guide to the best Nebraska cities to live in, you should have plenty of great options to choose from for your move. Nebraska is a vibrant state with bustling cities and beautiful scenery located in the heart of the country. If you want to live a comfortable life, then consider moving to Nebraska when planning your next move.

If you’re ready to begin your next chapter in Nebraska, visit Nebraska Realty for plenty of helpful resources and information. You can contact us for more information about starting your life in Nebraska!