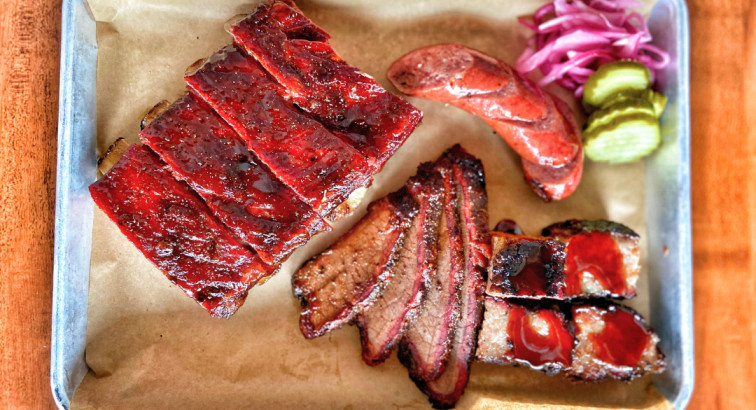 People in the U.S. take their barbecue very seriously and the same is true in Nebraska. And when it comes to the perfect brisket, ribs, burnt ends, chicken and sausage, regional preferences often dictate who comes out on top. Until recently, Nebraska was left out of the barbecue conversation. States like Missouri, Tennessee, and Texas reigned supreme. Some would argue that Texas barbecue has no peer on Earth. While that may be true, Nebraska is joining the national barbecue conversation. 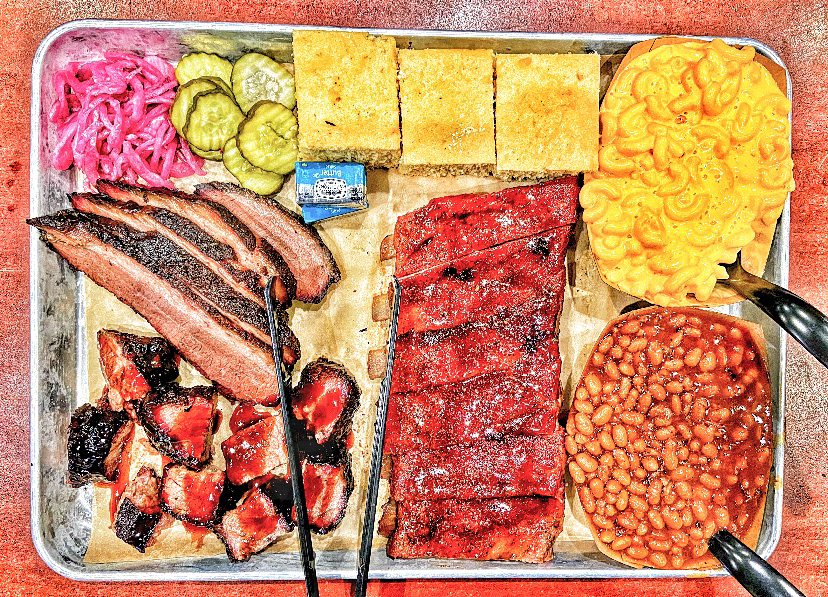 With over 700 agents and offices in Council Bluffs, Omaha, Papillion, Lincoln and Grand Island Nebraska Realty was poised to uncover the best of the best across the state.

There are good barbecue spots in nearly every county in Nebraska. While familiar names like Fat Shack & Lippy’s often dominate these lists, we’re not surprised there are new barbecue restaurants that came to play. With a bevy of new restaurants and food trucks popping up across the state over the past couple of years, two restaurants stood out among the rest.

Porky Butts BBQ opened in October of 2019. Owner & Pitmaster Blane Hunter is no stranger to barbeque. In fact, Porky Butts BBQ, has been racking up local, regional and national championships for several years now. Among his lengthy list of accomplishments that include 22 Grand Championships in 9 different states, and 7 Reserve Grand Championships, Pit-Master Hunter and his Porky Butts team became the number one team in the country among nearly 5,000 competitors, and won the 2016 KCBS National Grand Champion, Team of the Year. The following year, he became the 2017 Open World Champion in what is widely known as the “World Series of BBQ”, the American Royal. Two months later, Hunter’s team was among the world’s top 24 invited to the prestigious King of the Smoker competition, and in Porky Butt’s fashion, they came away as the King of the Smoker Brisket Champion as well as the King of the Smoker Grand Champion. 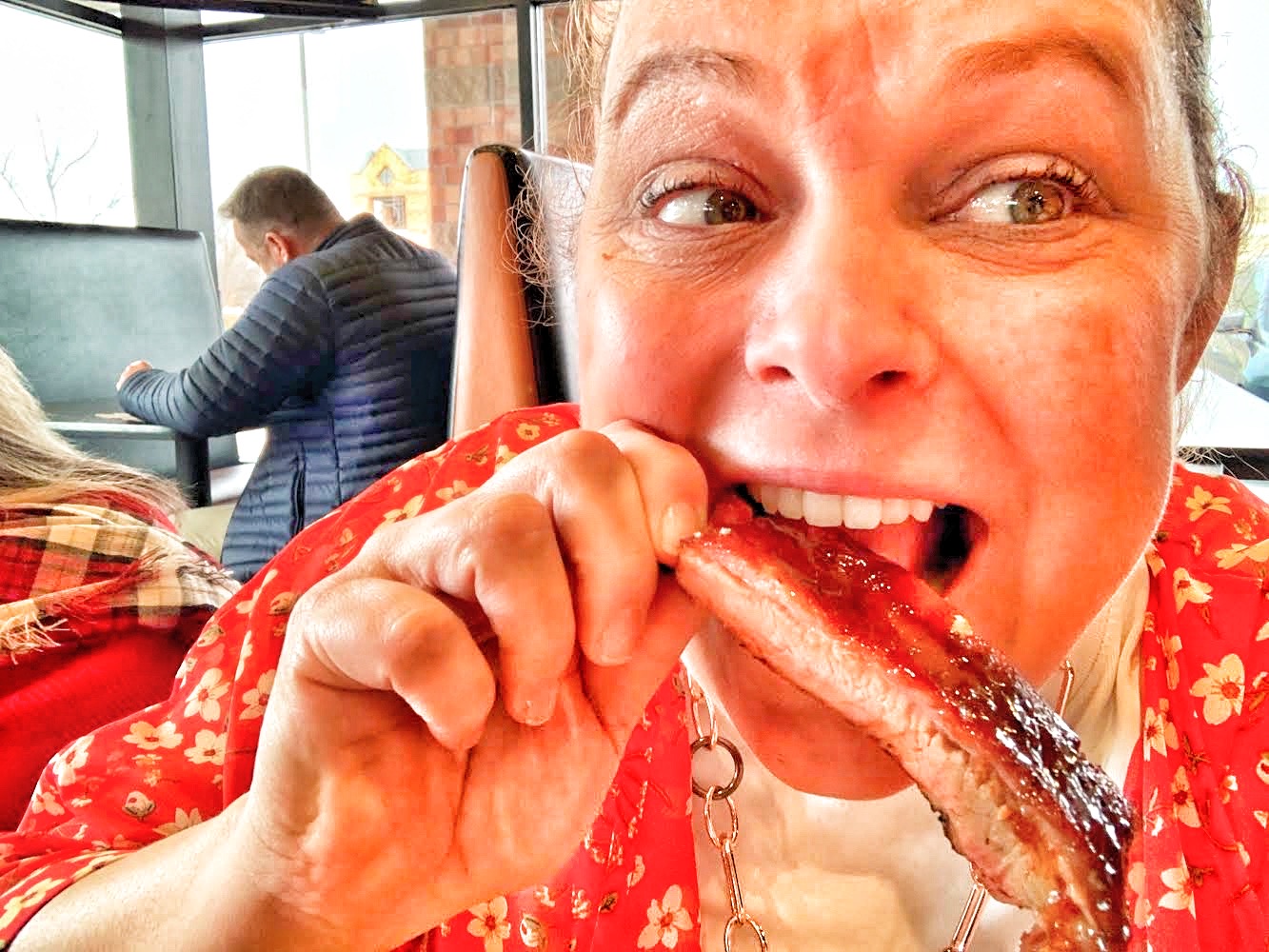 Porky Butts BBQ is quickly gaining national attention off the competition circuit, too. Just six months old, Porky Butts BBQ just put Omaha on the national Barbecue map. The word is out and Hunter’s newest barbecue endeavor is attracting attention all over the country. BBQ purists from as far away as Des Moines, Kansas City and St. Louis are traveling to Nebraska to see what all the buzz is about. Online reviews suggest the road trips didn’t disappoint. Hunter’s brisket & burnt ends can compete with any restaurant in Kansas City. This Texas-raised Pitmaster is making Omaha proud. 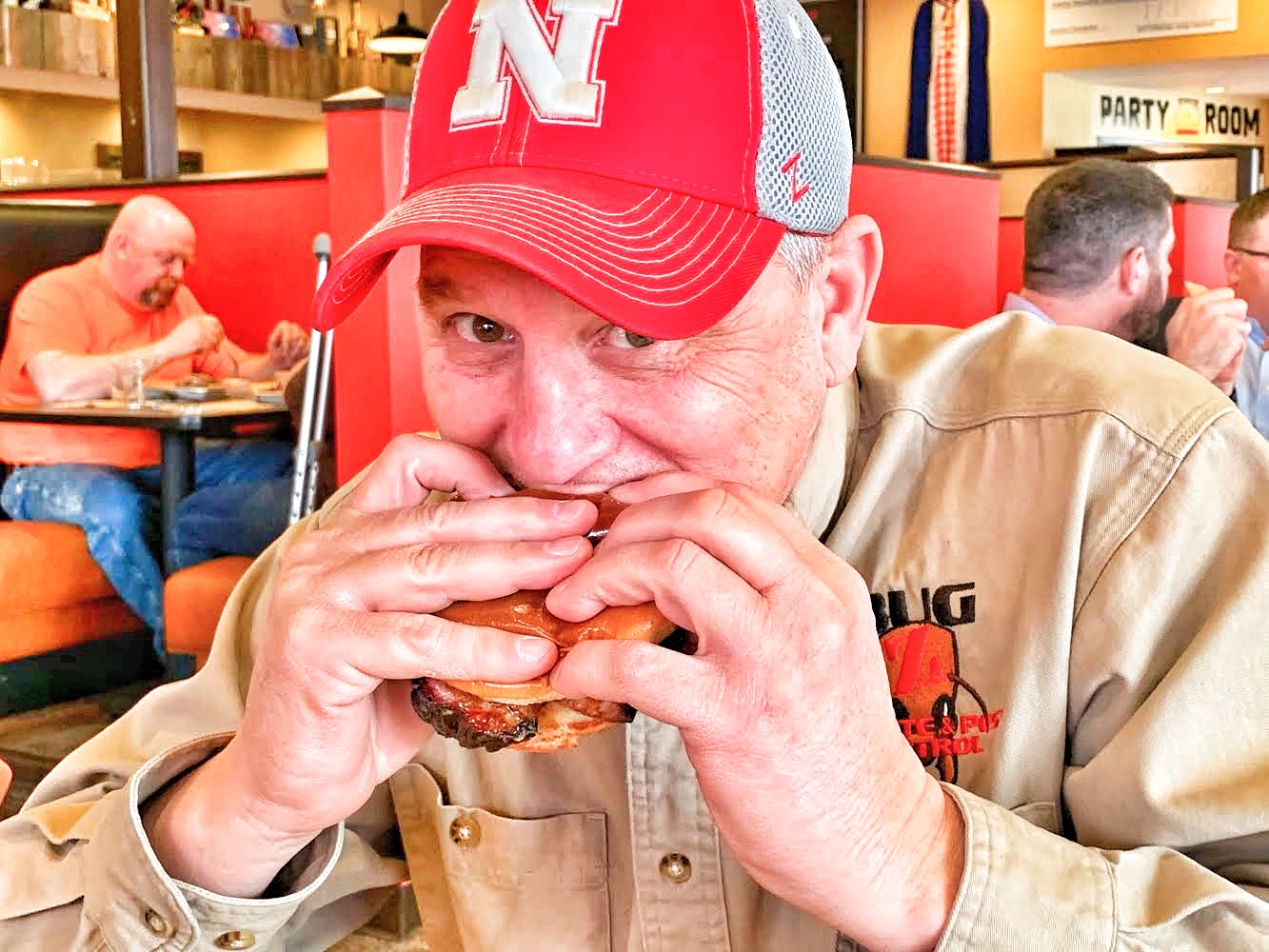 Christy Leesley and Lori Ringle from Nebraska Realty recently met up with Pete Christina from Bug Z to sample a little barbecue from Omaha's only World Champion Pitmaster. Neither the barbecue nor the atmosphere disappointed. They all agreed that Porky Butts BBQ is as good as it gets. Porky Butts is known to sell out so they recommended to come early or call ahead to order takeout. 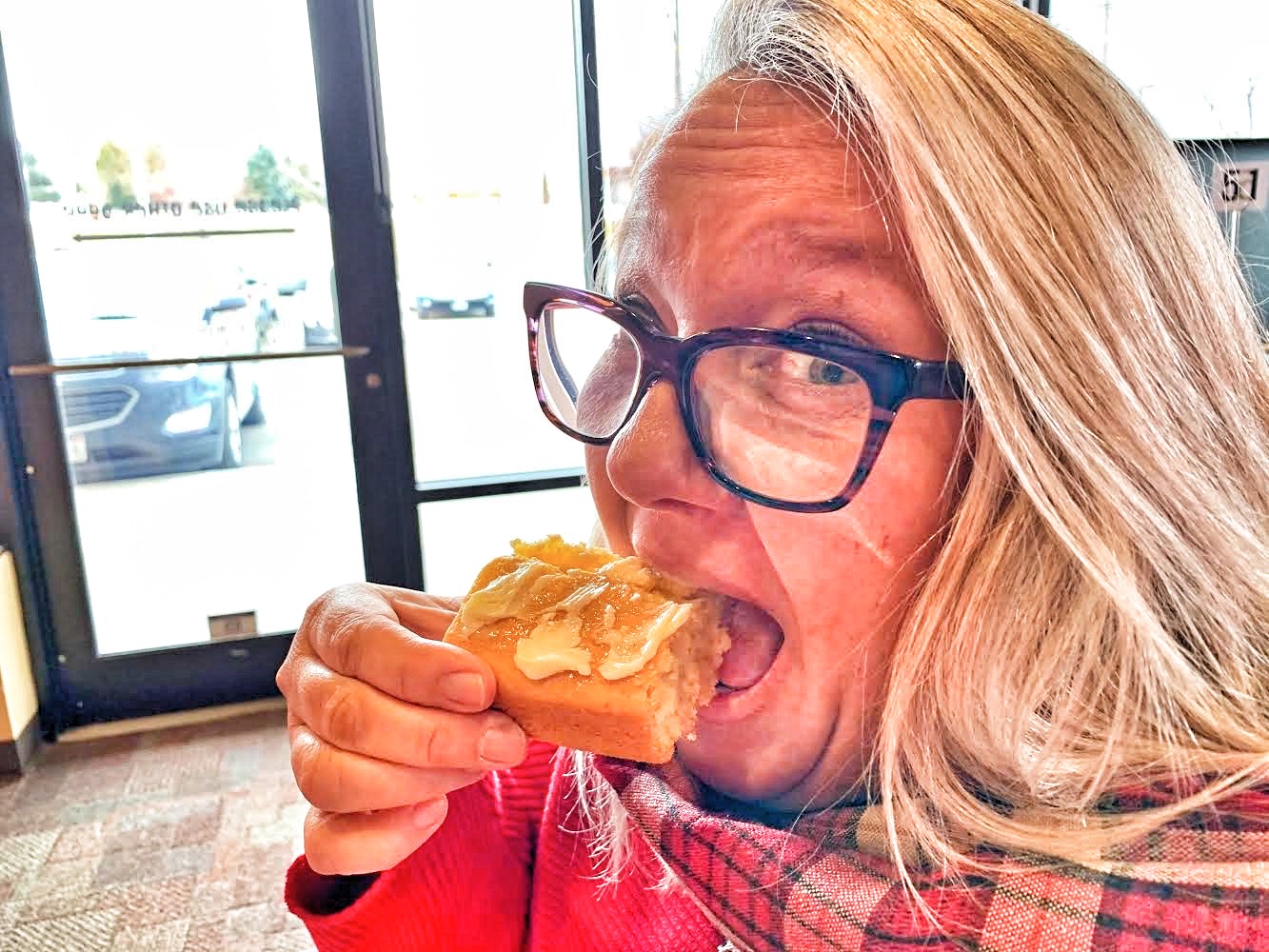 Mulberry BBQ opened July 24, 2018 as part of Single Barrel’s growing operation in the Lincoln area. Single Barrel also has a chop house/whiskey bar at 10th and P streets and the New Orleans-themed Bourbon Street in the trendy Railyard.

Mulberry’s entrance onto the Barbeque scene was met with as much anticipation as it was doubt. Single Barrel, the parent company, has developed a reputation as a premier restaurant group in the Lincoln area but barbecue is a different story. They didn’t have the Pitmaster pedigree and a World Championship belt like Blane Hunter at Porky Butts BBQ but they understand how to connect with the consumer.

The Brisket at Mulberry BBQ is always sliced to order, which keeps the meat nice and moist. But, what really makes Mulberry BBQ different is the preparation and thought put into the sides. 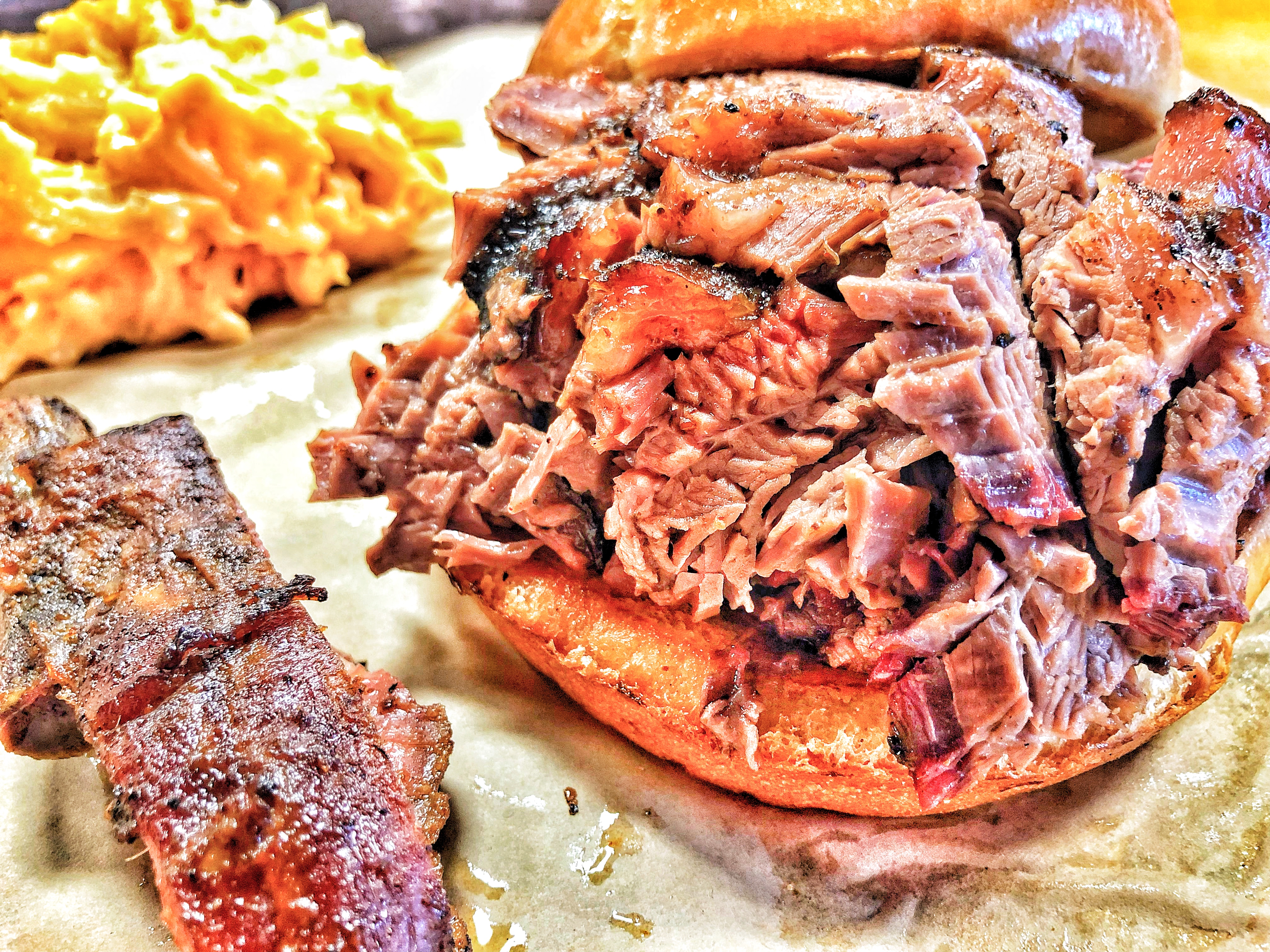 In creating the restaurant, Harpster said he wanted sides that would help set Mulberry apart from Lincoln’s other BBQ eateries. Others also have baked beans, coleslaw and potato salad, but Mulberry’s have that homemade twist to them.

The cornbread stuffing, which is to die for, is one of six homemade sides from which diners can choose to complement their meat or sandwich selections. 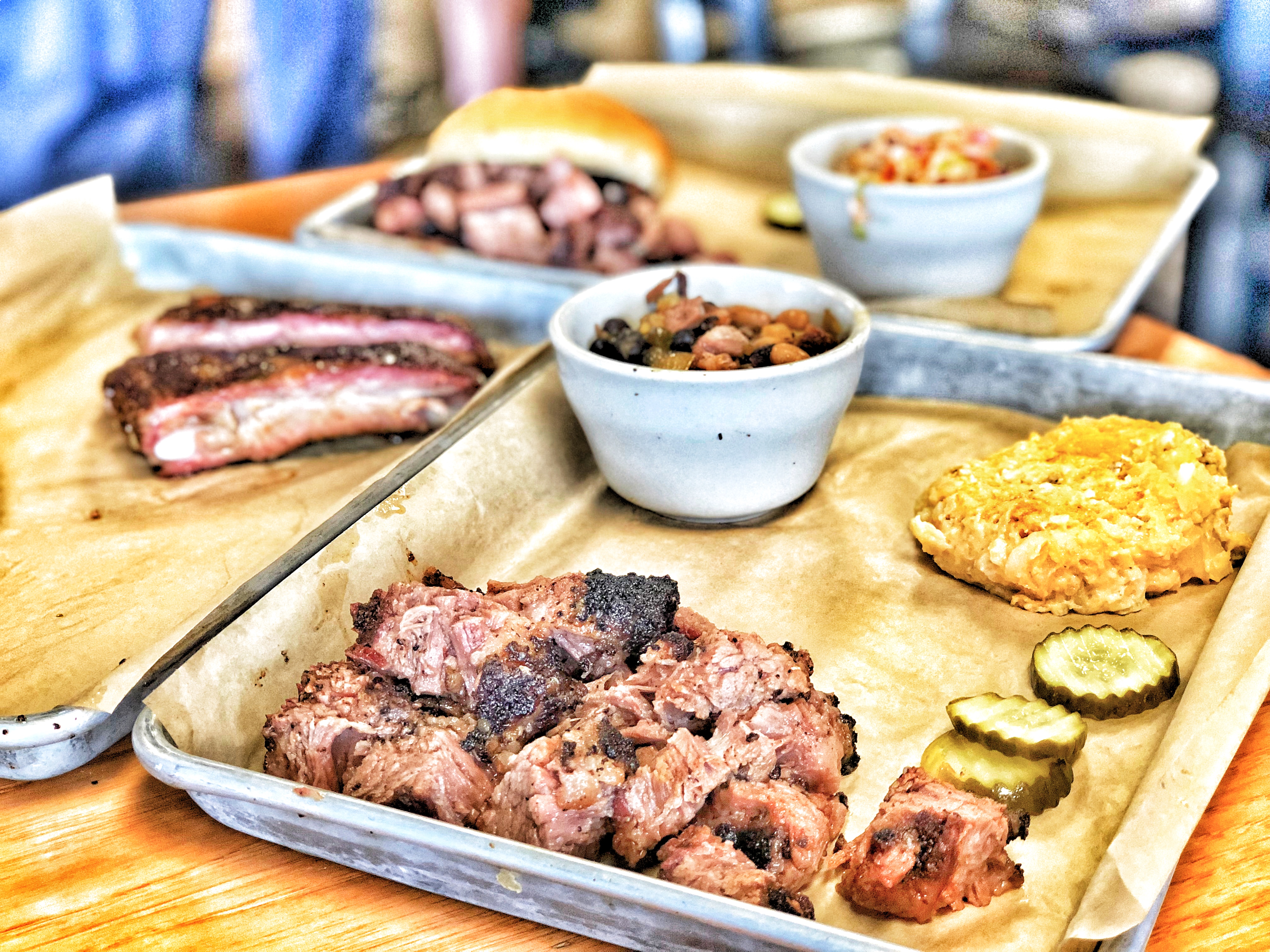 Mulberry BBQ offers a unique spin on barbecue which includes the energy and effort, hand-cutting everything to order and keeping everything as fresh as possible. At Mulberry, the atmosphere and customer service are just as important as the meat and sides.

We've scoured the state looking for the best barbecue in Nebraska and we've found it. With dozens of BBQ restaurants and food truck options, two barbecue restaurants stand above the rest. Porky Butts BBQ in Omaha and Mulberry BBQ in Lincoln are drawing attention to the Nebraska barbecue scene.