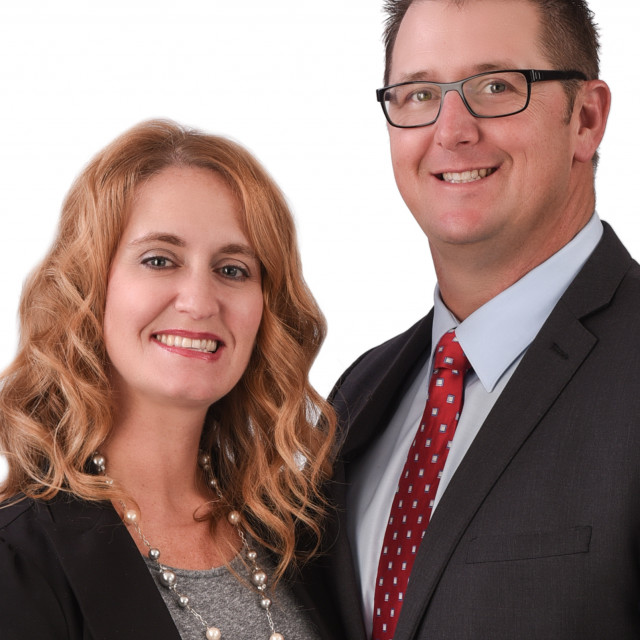 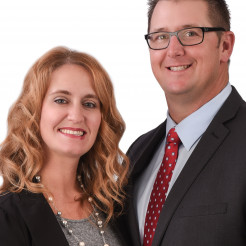 Team Bober was started by Chris Bober shortly after he joined Nebraska Realty in 2013. Chris is an 8 year NFL veteran who's commitment to excellence and tireless work ethic are used to authentically serve his clients with a servant's spirit. In 2016 he was joined by his wife, Jennifer, and together they serve their clients as a team. Chris and Jen are dedicated to providing the highest service to our clients the help them achieve their real estate dreams.

I graduated with a Math & Engineering degree from UNO earning the NFL’s Distinguished Education Award in 2006. Then I attended Harvard School of Business & the Kellogg School of Management throughout the NFL’s Entrepreneurial Program. I played 8 seasons in the NFL including 4 seasons each for the New York Giants and Kansas City Chiefs starting 32 games with over 100 games played. I played on the 2000 NFC Champion NY Giants competing in Super Bowl XXXV in Tampa, FL and was named team MVP by the New York Touchdown Club after the 2003 season.

I have been in the real estate business for 10 years getting licensed in Jan 2010. I was once licensed in NE, IA, KS, & MO at the same time!  I am currently licensed in Iowa & Nebraska.  I graduated from Continental School of Auction in 2012 and am a member of the NAA (National Auctioneers Association) as a certified auctioneer.  I received the Short Sales & Foreclosure and REO Certifications have been a member of the Realtor Land Institute.    I am a certified facilitator the Buffini Work by Referral system and have helped more than 100 Realtors through Peak Producers or Pathway to Mastery.

I work together with my wife Jennifer forming Team Bober.  As an 8 year NFL Veteran I have a passion for football at all levels. I am a member of the Kansas City Chiefs Ambassadors and founded the Chris Bober Lineman Academy recently to train & develop Offensive Lineman. Our son Austin is graduating from Elkhorn High School this Spring and headed to Iowa Western Community College to play football and study diesel technology. He was recently a team captain on the 2020 Class B Football Champion Elkhorn High School football team and earned the rank of Eagle Scout  in 2019.  Our daughter Hanna is a sophomore at Elkhorn High and a member of the Dance Team competing on a National Level.

In my free time I enjoy coaching & analyzing football including hosting my own NFL Podcast.  I love anything outdoors especially hunting, fishing, & golfing with my son & dad.  I also love to cook especially on the grill or smoker while enjoying a nice cigar.  We live in Elkhorn NE and are active at St Patrick’s Catholic Parish where I have volunteered as a football & baseball coach, Boy Scout Scoutmaster, SPIRIT chairman, Men’s Club member, youth group leader, & That man is You chairman.  I am also a member of the Knight’s of Columbus #3019 in South Omaha where I am a founding committee member of our South Omaha Wild Game Feed which has raised & donated more than $1M to youth charities over 30 years. In 2002 I founded the Chris Bober Building Blocks foundation to raise money for youth sports in South Omaha. Chris and Jennifer Bober are an amazing husband and wife team that helped us to find our first home. If it weren’t for them we wouldn’t have found a house as quickly and as smoothly as we did. They made the process so easy to understand for us first... Show more Kyle, Samantha, Sadie and Rayden Uttecht
Chris and Jen are the sweetest people on the planet. They're full of love and they share it completely. They went the extra mile to help us find our house and we're forever grateful. Also, they gave us pie at Thanksgiving! MMMMM! Pie... 1 Comment Shawn & Amy Watson
Team Bober was amazing when we were looking for our house! We’ve now been in our house for 2 years and they seriously made it the easiest and most stress-free process! If you need a realtor, CALL THESE FABULOUS PEOPLE! Patrick & Rachel Roy